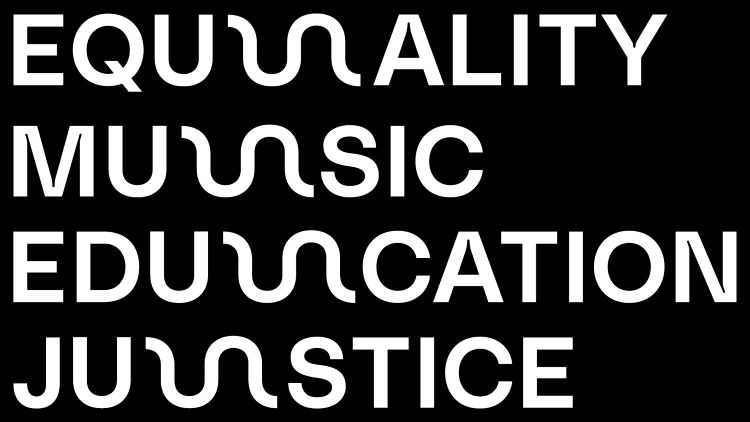 UD has been running for over 20 years and focusses on bringing communities together around Black music as well as supporting artists from diverse backgrounds.

Templo began working with UD shortly after the George Floyd killing, the pulling down of the Edward Colston statue in Bristol and the #BlackOut Instagram campaign. Templo creative director Pali Palavathanan describes the project as “a precious opportunity to readdress some of the preconceptions about black music culture and what people of colour want and need to see in the brand that represents them”.

Templo’s design team drew on its own personal experiences “as people of colour growing up on council estates” to help them “get the tone right from the outset”, says Palavathanan. He says that he and the team were more “aware of how black and brown skin is portrayed in marketing and advertising to either score cheap PR points or as an afterthought to tick a box”.

“It’s so easy to get tripped up when dealing with language and visuals around race, but we had confidence in our perspective because of who we are as a studio,” Palavathanan adds.

The former name, Urban Development, has been changed to UD, which now stands for United Development. According to Palavathanan, the original visual identity was “stuck in the 00s stereotypical black music culture aesthetic of that era” while the new branding attempts to break away from clichés.

The design team drew upon other influences, including grime, hip hop, black comedians, and movies such as Moonlight.

In an attempt to put UD’s talent at the forefront of the brand, Templo devised an idea based around the phrase “it all starts with U”.

The soundwave emanates from the U in the new logo and acts as a bridge to connect it to the D. Palavathanan describes it as “a visual metaphor” which is meant to represent how UD acts as a bridge to connect talent from deprived areas of London to the music industry. The soundwave is used throughout UD’s identity, such as bespoke wayfinding icons, framing device for photography and Instagram filters.

UD’s rebrand coincides with the opening of its new building, The Talent House, which it shares with East London Dance. Templo designed the wayfinding which can be found throughout the east London venue, from external signage through to icons in the space.

Palavathanan explains that this element of the identity had to “reflect the personalities” of both UD and East London Dance, both of which “have movement in their logos”.

A contemporary sans serif typeface with ink traps was chosen “to avoid the tropes of black music culture”, says Palavathanan. He adds that it intends to “encapsulate the bold voice of the charity”.

The new brand photography also uses brighter colours and attempts to put UD’s talent at the forefront of the brand. “We initially interviewed the young talent who were a crucial part of the stakeholder engagement process and then featured them in the UD Music Institute campaign,” Palavathanan explains.

The rebrand has rolled out across multiple UD channels including its campaign, ads, wayfinding for the Talent House, website, merchandise, and social media.