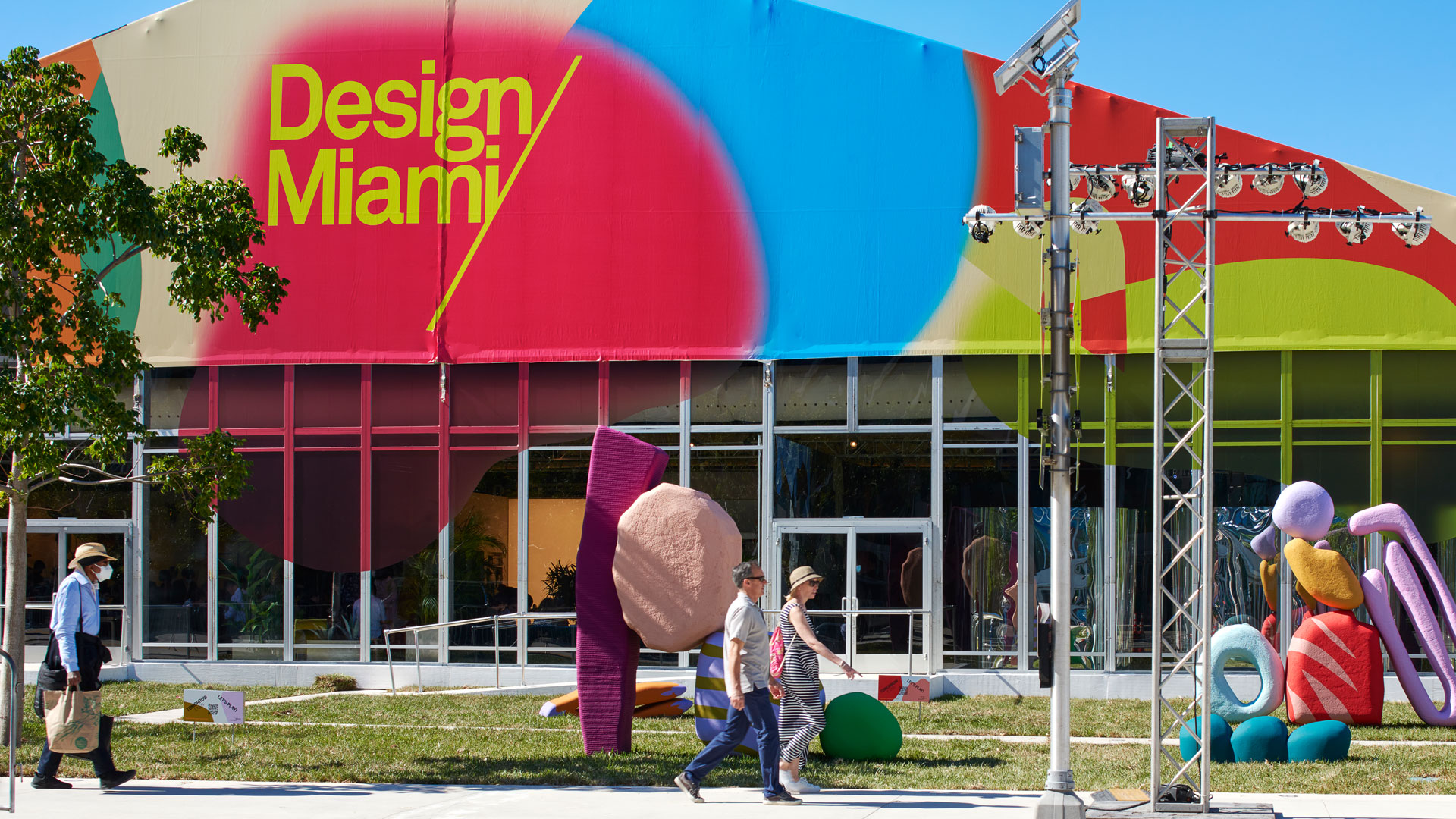 Design Miami 2021 returned in full capacity this year, bringing together international furniture designers and a spotlight on the break-through NFT sector.

This marked the 17th edition of Design Miami, which runs alongside Art Basel, after a reduced version in 2020 due to the pandemic.

The design fair brought together over 35 galleries and studios from around the world, each showcasing a “design-led vision for a more equitable and interconnected future”, says Design Miami CEO Jennifer Roberts. Under the theme of Human Kind, work on display looked at how “design can play a role in shaping the world for the better”, she explains.

It was a good opportunity to see how designers from around the world are approaching design, where themes of storytelling and craft dominated. Southern Guild, an art and design collective from South Africa, presented Studio Visit, a collection which sought to resist traditional Western categorisation.

The ceramics and furniture cross decorative, social and utilitarian sectors, an attempt to break down divides between “’art’ as distinct from ‘design’”, according to the collective members. Design elements were inspired by symbolism from African society, such as wedding rituals.

Studio Visit won best in show, though the team only just made it to the fair; travel restrictions were imposed on South Africa the weekend before Design Miami started.

Some of the design work was more conceptual, such as the collaboration between Miami’s Zeel studio and India’s Apical Reform. Emotional Rocks explored the relationship between people and the natural world, and incorporated elements of biomimicry. The rock formation-inspired furniture was positioned throughout the tent as a way for visitors to rest and “evaluate their relationship with the world”.

Black Artists and Designers Guild (BADG), a group which aims to champion black designers, was showcased at the Blackouflage installation, which recreated the traditional camouflage pattern in shades of black. “We created an environment to foster conversations on how space-making can form the foundation for black creatives to maintain physical, social, emotional, and creative well-being,” organisers say.

British designers were also featured. Yinka Ilori’s homeware collection was presented at the start of the fair, for example. Ilori also designed a skatepark in the city’s Faena district, which features his trademark colourful Nigerian-influenced visuals.

London’s Layer studio revealed the design of LightVision, a meditation headset for US start-up Resonate. The headset’s LED light matrix “translates videos of the natural world” (think fish swimming or trees swaying in the breeze) into a series of patterns which are visible through closed eyes, the design team explains.

During a 20-minute session, the headset guides people into a “deeply meditative state”, in combination with synchronised vibrations from furniture and a bespoke soundtrack made up of monaural and binaural beats and isotonic tones.

The studio has attempted to sit the tech product within a lifestyle sector – the headset is wrapped in fabric and has been inspired by the jewellery sector. Only collectors’ editions of the headset were available to buy at the fair; full-scale rollout is set for early 2022.

2021 also provided an opportunity for the design fair to expand its digital offering, in line with the many gallery and exhibition spaces that have done the same during the lockdown.

Virtual guided tours of the space are still available through Matterport technology, for instance. There was also a mobile app – the first of its kind for the Design Miami – and it became one of the first major fairs to accept cryptocurrency as payment.

Perhaps the most buzzworthy presence at the fair was the curated selection of NFTs for sale, from artists and designers. Design Week has previously reported on the boom in crypto art and NFTs, and the opportunities for designers to make money, collaborate and expand their reach through the medium.

Design Miami commissioned designers like Alex Proba and Misha Kahn for its NFT collection, which are on sale through OpenSea, one of the world’s biggest NFT marketplace. Most of the contributors were multi-disciplinary, bridging the worlds of art, graphic and animation design. Potential collectors can bid on pieces online; Proba’s Living Shapes is currently listed at 50 Ethereums, around $200,000 (£150,000).

Miami has emerged as a design centre in recent years, outside of the annual fair. This year, the well-established Miami Design District commissioned Studio Proba and digital studio Enjoy the Weather to create an AR-based immersive playground.

The playful, slightly surreal shapes that make up Tomorrow Land have been situated throughout the district and at the fair itself – visitors can interact with them through an interactive, virtual game. The role of virtual technology has grown in the design of public spaces of late; London’s Alphabetical studio unveiled its interactive wayfinding project for Thamesmead earlier this year.

Meanwhile, visitors gathered at Superblue Miami, an interactive space intended to showcase work by artists and designers. Superblue also opened a temporary space in London this autumn. The space is ticketed, and proceeds are given to the creatives involved.

Here, visitors could see Yinka Ilori’s Blue Rider Café, a hospitality space which draws on the designer’s British-Nigerian heritage and the “resilient energies of Miami”. It’s one of the high-profile designer’s first site-specific commissions in America.

Inside the exhibition space, there are huge jellyfish-like lanterns from Studio Drift, which open and close over visitors’ heads. Situated between installations, they seek to provide a space of contemplation and calm, according to Superblue associate curator Margot Mottaz.

London-based set designer Es Devlin has provided the finale for the exhibition: an immersive mirrored labyrinth. In an introductory video to Forest of Us, the designer explains how she was inspired by the similarities between human lungs and the structure of trees. Inside the space, visitors wind through the bronchial-shaped walls and staircases, surrounded by 360 degree mirrors.

Devlin has been busy stateside recently. She designed another Miami-based large-scale labyrinth entitled Five Echoes for Chanel and the set for Adele’s performance at the Griffith Observatory in Los Angeles.