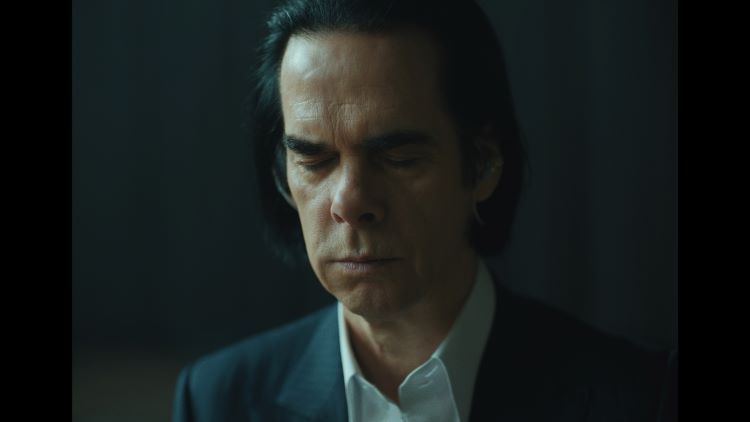 London-based consultancy Uncommon Creative Studio has produced This Much I Know to Be True (True), the latest documentary film from musician Nick Cave.

Cave is no stranger to the world of film. Released in 2016, One More Time with Feeling explored the musician’s process in the wake of his 15-year-old son Arthur’s death and was widely praised as a moving exploration of loss.

True’s release this week is marked by another tragic coincidence, as another of Cave’s sons, Jethro, died on 9 May aged 31.

True is positioned as a companion piece to the 2016 film, and they have both been directed by Andrew Dominik. Shot in both London and Brighton, it brings to the screen Cave’s latest studio albums, Ghosteen (from Nick Cave & the Bad Seeds), and Carnage (a collaboration between Cave and Warren Ellis).

The documentary feature brings to the screen the first-ever performances of these albums, which were filmed in the spring of 2021. There’s also the opportunity to hear about Cave’s process of writing The Red Hand Files, a platform where Cave writes answers to fan questions. Cave’s friend and collaborator Marianne Faithfull makes a cameo in the film.

While Uncommon is best known for its campaign and branding work, it was always an aim to move into less traditional spaces, according to co-founder Nils Leonard. Having a roster of connections meant that the chance to enter the world of film was a good opportunity for the design studio. “We’ve always wanted to place voices and conversations and art into the world,” he says.

Cave was such a voice for Leonard. “The power and the tenderness of his approach always felt like the sort of thing Uncommon would love to share the moment with,” he says. Film production is not traditionally the domain of design consultancies, and Leonard says that Cave, Ellis and director Dominik were the creatives on the project.

“They had such a clear idea in their minds, and such a tight and intimate and collaborative thing going on themselves that Uncommon were not the creative voice in this exercise,” Leonard adds, describing the studio’s role as caretaking. As he puts it, “We created a vision for something that we were not driving.”

The job was about learning as much as it was about providing the right skills. Uncommon worked with a crew of around 30 people, led by its chief production officer Charlie Gatsky Sinclair. Uncommon oversaw duties, from location sourcing to logistics. “It was about playing our role to the best of our ability, but it was a very different role,” Leonard says. It also helped that it’s a stripped-back documentary about the creative process, with no need for a conceit or narrative, he points out.

Uncommon had to understand the story that the director was attempting to tell, hoping to realise “the truest, most authentic version of their vision”, Leonard says.

“This project would never behave traditionally”

For his part, Leonard was drawn to the documentary because of Cave and Ellis’ singular point of view. They exist in a tradition of artists like Rage Against the Machine, who “have a point of view outside their music”, he says. That helped elevate the film beyond traditional music documentaries, according to Leonard.

“The reason why most music documentaries are boring is because most music people they’re making stories about are boring,” he says. “The joy of working with Nick and Warren is that this project would never behave traditionally.” There’s no “saccharin surface level” and no liberal use of lens flare. Instead the direction, cinematography, and lighting bring a “truth of the songs to the screen”, Leonard explains.

Leonard also believes that Uncommon’s set-up is well-suited to film production. The core team of Uncommon workers and wider network of regular crew means that they’re ready for the right project when demand comes in, he explains. He likens it to the Hollywood model, where a big-budget film might rely on a network of freelancers. “Freelance is not a sexy word, but a Hollywood model is somehow sexy,” he adds. “What we do here is very much the same.”

There were naturally nerves on Uncommon’s part about taking on the project, but Leonard predicts that the learning curve will be vital for the team’s development. “You try to make sure you learn enough so that you could replicate a project of that sort again,” he says. Uncommon is currently producing two more feature films.

This Much I know to Be True is out now at selected cinemas.