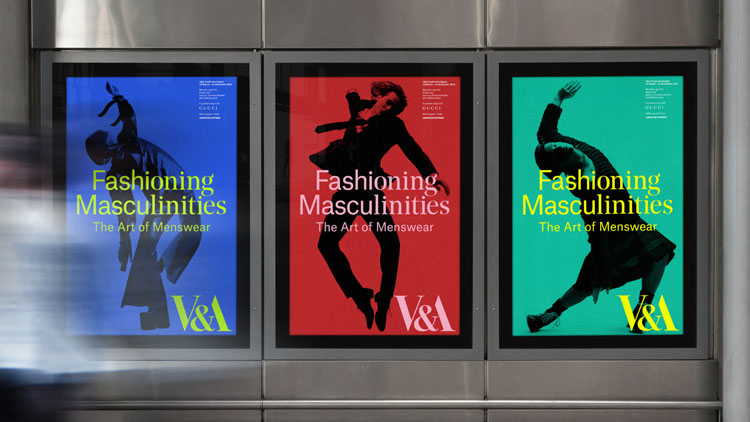 When Magnolia Bakery opened in New York in 1996, cupcakes may have just been a glimmer on the baked goods horizon. Over two decades – and multiple appearances on Sex and the City later – the bakery and its frosted cupcakes are a mainstay. A rebrand from Jones Knowles Ritchie (JKR) comes as the bakery has its eyes set on a wider market – expanding its D2C channels to bring the goods directly to people’s homes. The new logo is inspired by the shop’s cupcake swirls, explains JKR group creative director JB Hartford, and the “live theatre of the bakery – mixers spinning vanilla cake batter, cupcakes being ices and banana pudding being scooped”. The updated colour is a nod to the bakery’s walls while supporting tones take inspiration from other delicacies at the shop, including cupcake sprinkles.

Yinka Ilori has opened his new studio in London’s Park Royal – an industrial unit that has been given a trademark Ilori makeover in collaboration with interior design studio Sam Jacob. The space, like much of Ilori’s designs, takes inspiration from his British-Nigerian heritage and young life in Islington – bright tones, playful elements, and upbeat wall graphics. It’s been conceived with collaboration in mind, with different areas for working, socialising and putting on exhibitions. It was especially important, according to Ilori, to have a “convivial atmosphere” after two years of working from home. “Growing up on a council estate, I have a very distinct idea of space with openness and sharing at the core,” he says. Ilori’s collaborations are dotted around the revamped space, including the laundry machines he designed for LEGO tie-in the Launderette of Dreams.

Hingston Studio has once again worked with the V&A (they previously worked together on the museum’s Alice in Wonderland show), this time on its Fashioning Masculinities exhibition which explores trends in menswear over centuries. The studio worked with choreographer Russell Maliphant to create a series of performance-inspired silhouettes against blue, red and green backgrounds. The posters feature clothes from three designers; a structured look from Nicholas Daley, a fluid, dress-like piece from Harris Reed and a classic tailored option from Gucci. You can read our coverage of the exhibition itself here.

Royal Mail has revealed a set of 14 stamps which honour women’s contribution to the war effort during WWII. Designed by Supple Studio, the stamps have also been worked on in collaboration with a number of academics including Professor Lucy Noakes from the University of Essex. “Their bravery and sacrifice is often overlooked, but their work helped to drive some of the post-war changes that eventually saw equal opportunities and equal pay legislation,” says Royal Mail director of external affairs and policy David Gold. Some of the women featured include the ferry pilots of the Air Transport Auxiliary (also known as the Spitfire Women) who were among some of the first female pilots. Another highlight is a shot of female codebreakers at Bletchley Park, where they worked cryptographic machinery.

Femmetype, the organisation which aims to showcase female type designers started by Amber Weaver, has released the newest edition of its type magazine, Typeone. The magazine has articles on all things type, covering  inclusivity in the industry, in-depth profiles and providing a typeface resource. Four bright yellow covers have also been designed for the latest edition. Jorge Jacobs, Zuzanna Rogatty, Kimya Gandhi and Margot Lévêque have all contributed a design, based on the number 4 (this is the fourth edition of the title). The magazine is available to purchase now.