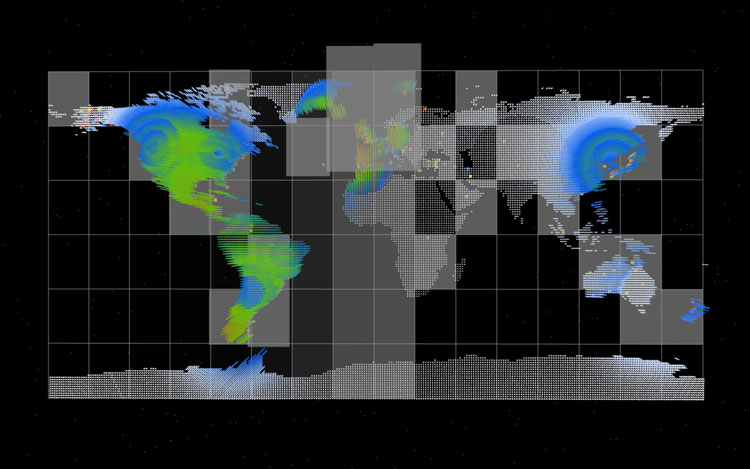 The work has been commissioned by the city of Hamamatsu in Japan, which was named a UNESCO City of Music in 2014.

The project’s aim, according to its website, is to “push the boundaries of sound design”.

“2021 is a year still largely affected by the Covid-19 pandemic, restricting the free movement of people and changing all our lives,” the website reads. The interactive sequence hopes to “create a sense of global connection”.

“Personal connections with people from all over the world”

Suzuki worked with his team at Pentagram and digital consultancy Counterpoint Studio on the project. It is inspired by traditional music sequencers, which allow people to record and playback sounds.

Via the online platform, people from different countries can record their own sounds and upload them to the site. These sounds then make up a “core library”, explains the design team.

“The Global Sequencer represents a new way of creating personal connections with people from all over the world,” the team adds.

Uploaded sounds appear on the globe from where they were recorded; people can explore the international locations and contributions. When the sequencer mode is activated, the globe transitions to a world map, divided into grids.

People can select grids for a music sequence – “small collections of sounds”, as the designers call them. Sounds are chosen at random from these squares, and people can choose multiple squares at the same time.

These collected sounds are combined with musical sounds that represent instruments from around the world. Together, the sounds “create a unique style of music that emulates the capabilities of classic step sequencers”, the design team says.

The sequences can be varied by “spinning the globe like a record” and also moving it closer and further away, the team adds.