The design of the 2022 FIFA World Cup kits 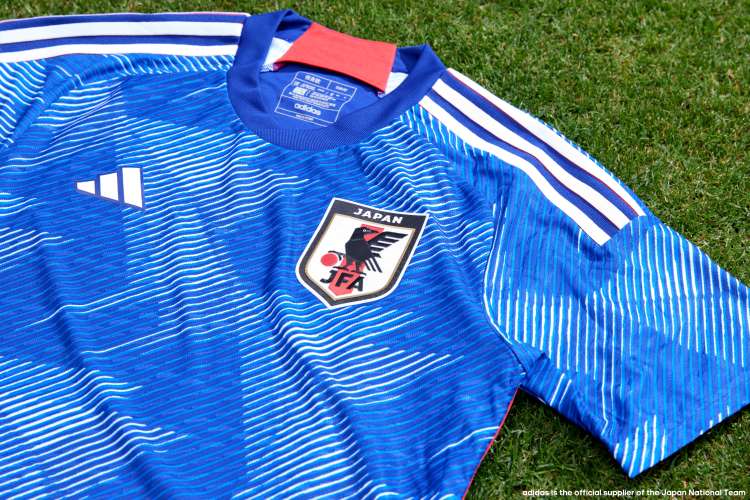 The design of the 2022 FIFA World Cup kits

As the FIFA World Cup Qatar 2022 approaches, the event has been overshadowed by the host nation’s human rights record and stance on LGBTQ+ rights as well as the reported high numbers of migrant worker deaths during the construction of its stadium.

While a YouGov poll commissioned by Amnesty International reported that 72 per cent of participants believe sponsors should call on FIFA to compensate migrant workers, for the most part, this has not affected the designs of the kits. One exception is the supplier for the Danish team Hummel which responded by designing a stripped-back monochromatic kits in red, white and notably a third kit in black – “the colour of mourning” – according to a post on its Instagram account.”

The majority – 26 out of 32 – of the kits are designed by Adidas, Nike and Puma with the other kits from Hummel (Denmark), Kappa (Tunisia), Le Coq Sportif/One All Sports (Cameroon), Majid (Iran), Marathon (Ecuador) and New Balance (Costa Rica).

Cameroonian Football Federation (FECAFOOT) has two possible suppliers and kits, after it controversially renounced its contract with Le Coq Sportif and commissioned a new kit from One All Sports. While it is still uncertain which kit will be worn, a Paris court has sided with Le Coq Sportif.

Hummel: “a pause for thought”

A statement from Hummel reveals, “By toning down all details – including the Hummel logo and the iconic chevrons, Hummel wants to show protest against Qatar as a host nation for the World Cup and create a necessary debate about human rights. The black third jersey in particular is intended as a pause for thought and time for reflection on the importance of human rights and compliance with them”. The company has also defended itself from accusations that the move is hypocritical or a publicity stunt.; meanwhile Brewdog’s recent campaign positioning the brand as an anti-sponsor resulted in significant criticism.

Jürgen Rank, senior design director football at Adidas says “When we design national team kits for tournaments as big as the FIFA World Cup, we always keep in mind that these designs will become a part of legendary footballing history.”

While this is clearer with Spain’s kit, which features an all-over print that references the1982 Spain World Cup logo, a more unusual choice is Belgium’s away kit inspired by the Tomorrowland music festival, continuing an earlier partnership between the festival, Adidas and the Belgian Red Devils football team.

Japan’s home and away kits feature an origami-inspired print, but for a special edition kit Adidas worked with Japanese fashion designer Nigo, currently creative director of Kenzo and best-known for his brand A Bathing Ape (Bape). A Japanese food called Sakuramochi, a pink-hued rice cake wrapped in a cherry blossom leaf, influenced the jersey’s pink body and green sleeves.

For Brazil’s kit a jaguar, or onça-pintada is translated into a knit pattern for the home kit and a print on the away kit sleeves. This, Nike writes, is “a ubiquitous national symbol of spirit and grit and reflects the Brazilian team’s style of play”. A further detail is a “Garra Brasileira” (“Brazilian Grit”) treatment on the inner back of the shirt – which doesn’t sound entirely comfortable.

The England collection contains two very different designs looking to highlight the English team’s “stalwart spirit and collective energy through a range of design cues”, Nike says. For the home shirt, the Three Lions graphic is shown distorted across the shoulders “layered with aggressive angles and lines to replicate claw marks”. The more classic-looking away kit “marks the return of the iconic all-over Challenge Red” and features a knit collar “that reveals a knitted 3 Lions graphic when the collar is popped”.

For current World Cup holders France, Nike describes the simple home kit as having “classic French design cues include a tricolor insert on the short, a jacquard sock and cuff, and gold detailing”. The away kit graphic is inspired by the textile tradition of toile de Jouy and uses both national and Les Bleus’ imagery such as the “cockerel, botanicals, the Arc de Triomphe and Clairefontaine”.

Although not overtly making use of biomimicry, Australia’s kit looks to evoke the country’s “unique ecosystems”, from “the rugged, sandy landscape of the Outback and the rich wetlands and forests” in the home kit. The away kit is a “homage to the Australian coastlines and teaming ocean”, according to Nike.

The Qatari home kit comes in maroon with a white serrated trim “to mirror the Qatari flag” while the shirt features a crest highlighting its host nation status. Its away kit in white and off-white features a pearl-inspired graphic overlay to represent pearl-diving traditions but it is also meant to “resemble a sandstorm swirling in the arid sun” when in motion, Nike says.

Unusually Puma’s away shirts eschew an all-over design with the majority of the detail within a centred shield emblem – some of which make for more convincing designs than others. These “reinterpret national motifs from football, culture and nature”, Puma says.

For its home shirts, the designs reference historic moments such as the Egyptian team’s red shirt featuring seven stripes for each of the wins by the most successful nation in the history of African Continental competition”, including the inaugural Africa Cup of Nations tournament in 1957 and the three titles in a row between 2006 and 2010.

Italy’s team gets a striking blue shirt with “retro fonts” and gold accents split into quarters “to honour four generations of iconic Italian teams. It all started with back-to-back victories in 1934 and 1938, a rejuvenation in 1982 and a special victory in 2006”, Puma says.

Majid: An Iranian supplier for Iran

After previous deals with Uhlsport, Givova and Adidas, the Football Federation Islamic Republic of Iran has chosen Iranian supplier Majid for 2022. As with previous designs, the kits feature a cheetah print to highlight the near-extinct Asiatic cheetah.

Kappa’s jerseys for Tunisia feature an all-over tonal graphic depicting an ancient piece of armour called the Ksour Essef cuirass. Discovered in Tunisia in 1909, it has been dated to the 3rd century BC and is believed to have been worn by a Punic soldier.

As would be expected, the kits showcase each suppliers’ latest innovations to optimise player performance – most with names featuring “dry”, such as New Balance’s NB Dry to “keep players dry and cool even in the hottest of environments”.

Nike says its Dri-FIT ADV system allows it to “combine rigorous data with comprehensive computational design based on a 4D-model to create a cutting-edge, lightweight kit” for both match and training apparel. The kit is notably seamless, and “engineered pixel by pixel to provide precise reinforcement and venting for distraction-free play”.

Adidas highlights the fact that its kits are made from 100% recycled polyester, while its “Authentic breathable kits […] contain 50% Parley Ocean Plastic” – ocean-bound plastic collected from coastlines and rivers around the world. New technical innovations include “lightweight heat-applied details”, while both materials and textures are optimised with “HEAT.RDY technology” to keep players cool and comfortable.

Puma emphasises its “Ultraweave performance fabric and dryCELL sweat-wicking technology, making the authentic jersey the lightest and most comfortable Puma has ever made” which has been “engineered to make every second count”. The replica jersey, meanwhile, uses the dryCELL tech with 100% recycled polyester.