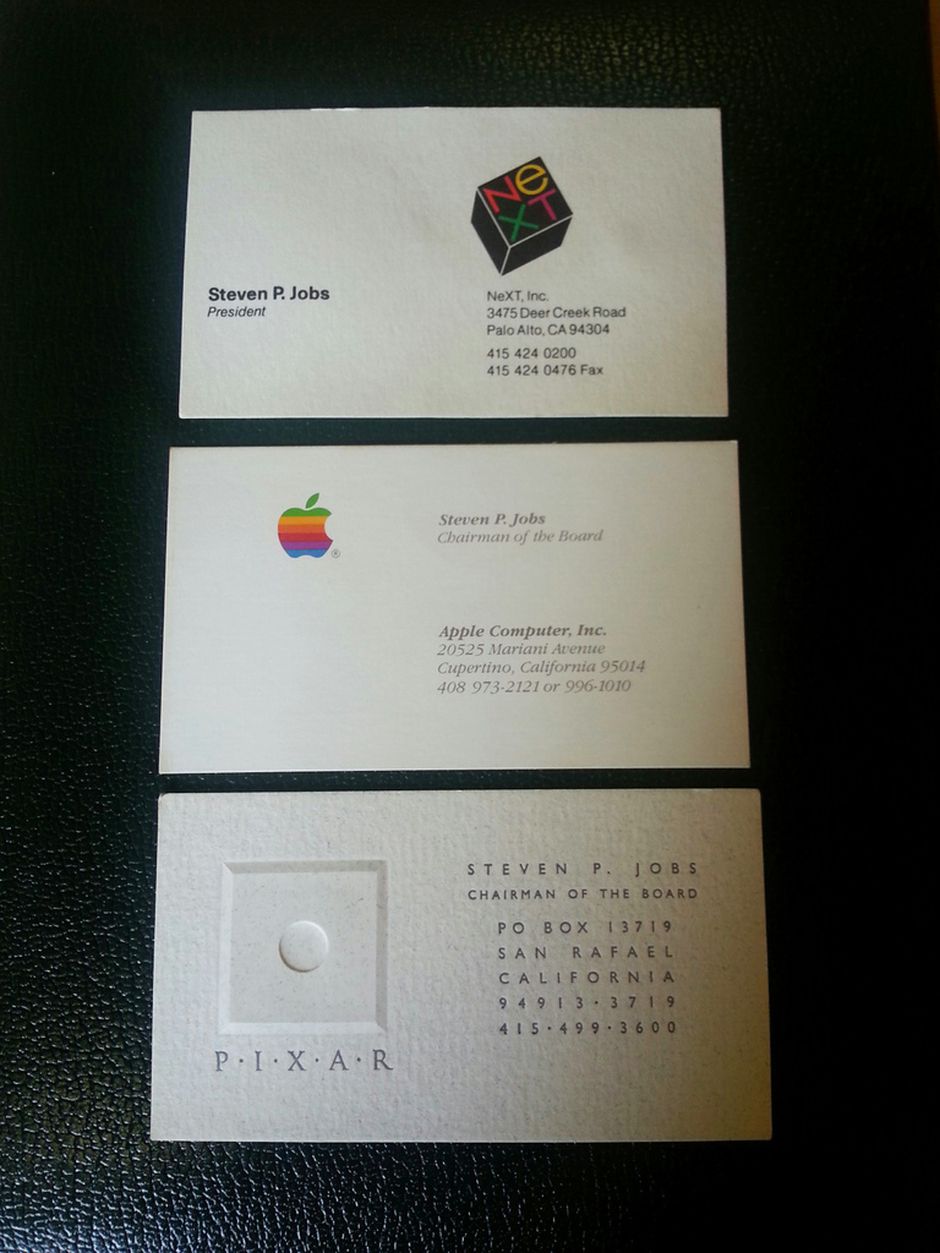 In 2015 a private school in California named “The Marin School”, put 3 business cards of Apple’s CEO in an online auction. The initial bid was 600 dollars which soon rose to 10,050$.

The school confirmed Tim Knowles, the CEO of Stacks (a company that provides an iPhone app for sharing business cards) as the bid winner after receiving a total of 47 bids.

“It’s something I knew we had to get.” Knowel’s said while speaking about Job’s cards.

“We really admire what Steve Jobs has been able to do in a lifetime and it was for a great cause.” Knowles mentioned this during the interview.

Tim Knowles also said that he wanted the cards to be framed in his company’s office as a symbol of motivation and inspiration for everyone. He added that he’s gathered hundreds of business cards in the last few years as he’s worked on Stacks.

And he already owned Apple’s Co-founder Steve Wozniak’s business card before that.

These 3 cards date from 1984 to 1990 and are of 3 major companies Steve Jobs was involved in, Apple, NeXt, and Pixar. Jobs was addressed as Steven P. Jobs on all of them.

Apple and Pixar have his positions as Chairman of the Board while his title on NeXt business card is of the president.

According to Sierra Antonio, the Director of Communications at The Marin School, a family that was involved with the school had these cards. They were Steve Jobs’ caterers and the cards were given to them in Steve’s working days. Later they donated them to school for a good cause.

“Our goal for the online auction was $10,000, so this one item got us to our goal. We are over the moon.” Sierra said in the interview.

The auction was live online for 7 days and then was shifted to a local festival.

The Application of Cognitive Psychology to User-Interface Design – Print Peppermint

Why Do You Need Digital Business Cards For Your Remote Business? – Print Peppermint