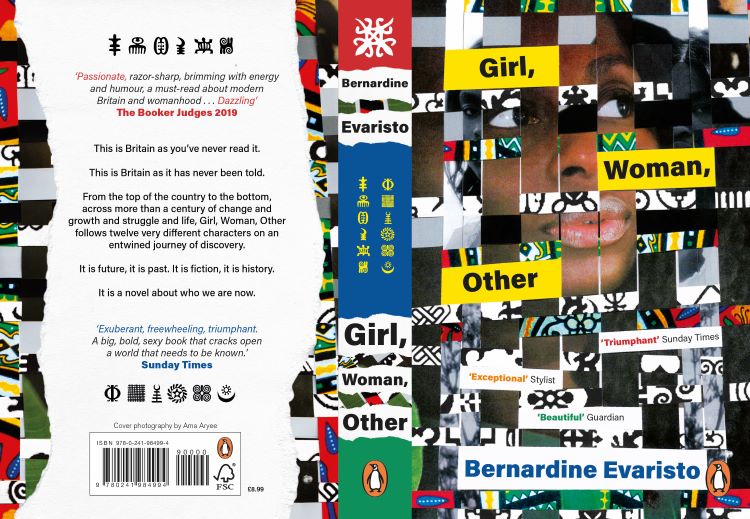 Penguin Random House UK has announced the winners of this year’s Cover Design Award, which were chosen from over 1,500 entries.

The award aims to offer designers the opportunity to experience a “real-life book cover design brief” and winners have the chance to be mentored by one of Penguin’s designers.

Previously called the Student Design Award, the competition was only open to those studying on any further or higher education course. Penguin changed the name to reflect that this year’s competition was open to anyone interested in becoming a designer. Around 20% of the 2022 shortlist are not in education and would not otherwise have been able to enter, according to Penguin.

As with previous years, entrants were offered three different books to redesign across adult fiction, adult non-fiction and children’s books. The titles this year were: Girl, Woman, Other, by Bernardine Evaristo; Diary of a Young Naturalist, by Dara McAnulty; and Murder Most Unladylike, by Robin Stevens.

The technique for University of Northampton student Karla Aryee’s winning design involved interweaving strips of paper to create a grid. Girl, Woman, Other explores identity, race, womanhood, and what it is to be British through the lives of twelve different people – a story that Aryee aims to depict through her multi-layered design. She says, “Interweaving pictures of multiple women enhances the book’s theme of interconnectivity between the twelve characters.”

Taking second prize was Nottingham College’s Isabelle Poulson with a cover that also aims to illustrate “interlocking narratives” with an abstract image of a women on her cover. Third place went to Manchester Metropolitan student Mollie Boardman, who tried to move away from the colour schemes and cover compositions traditionally used for books about black women, opting for a “bold” bright pink as the primary colour.

First place winner Lilia Cardew from Leeds Art’s University chose green grass for her cover in attempt to “represent the nuances” of nature, which are key themes in Diary of a Naturalist. Centring her idea around nature as a “soothing” force, she says that she imagined “lying in deep grass” surrounded by “the rustling and crackling of insects”.

Vintage art director Suzanne Dean says, “Making grass look so lively isn’t easy. The lettering feels personal and fits the tone of the design beautifully.” Diary of a Young Naturalist tells the story of the author – an autistic teenager coping with the uprooting of home, school, and his mental health, while pursuing his life as a conservationist and environmental activist. Across the board, the judges recognised the design’s ability to be “calm and expressive” and reflect the nature of this “intimate and personal memoir”.

Nancy Jackson, who is not in education, adopts a black and white colour palette and attempts to use a “coil of negative space” to represent the internal thoughts of the author with her second place design. In third place is Zofia Chamienia from Duncan of Jordanstone College of Art and Design who has used handwritten typography and collage-like illustrations to respond to the text.

University of Gloucester student Cassia Samson took the top prize for her response to Murder Most Unlikely in the children’s category. The judges described it as “a very accomplished and striking design”. Penguin House art director Anna Billson highlights Sampson’s “smart use of colour” and her “perfectly weighted combinations and connections between the multiple elements”.

Sampson opted to dress the characters in 1930s English boarding school clothes to help “visualise the characters”. However, she adds that she intended to “leave a sense of mystery by not revealing their faces until you turn to the back”.

Both second and third place prize-winners in this category – Charlotte Jones (second) and Rebecca Sheerin (third) are not currently in higher education. Jones’ took inspiration from the “looming background figures” and typography from 1930s Sherlock Holmes posters, while Sheerin focussed on the relationship between the two heroines.

The first-place design winner from each category will be paired with a designer from Penguin for a six-month mentorship. Alongside this, they will be awarded a Wacom Intuos Pro Medium Tablet, a one-year Adobe Creative Cloud Subscription for one year, plus a one-year subscriptions to online learning platform Skillshare and Creative Review (Design Week’s sister title). They will also receive £100 worth of Penguin books.

These first prize bundles are worth over £1,000 while second and third place runners-up will receive design kit packages worth £500 and £350.