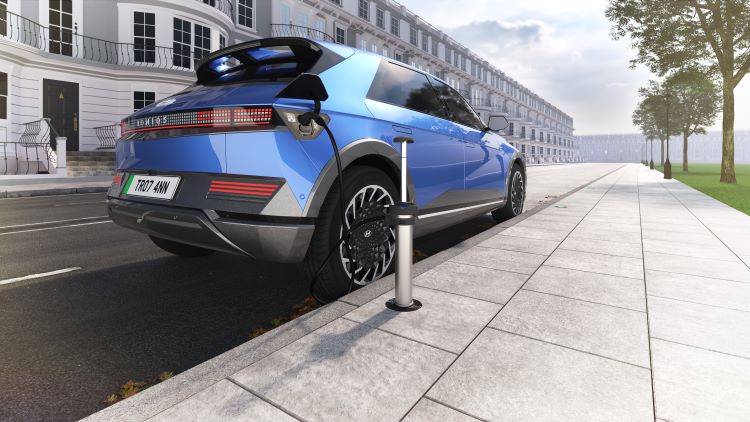 PDD has collaborated with start-up clean tech company Trojan Energy to develop “innovative, first of a kind”, on-street electric vehicle (EV) chargers that are hidden from view when not in use.

Trojan Energy had an existing patent on what it calls “flat-and-flush” EV on-street charging technology and needed a partner to “design the charger’s infrastructure”, according to PDD engineering design principal Cameron Baker. The new tech seeks to provide a solution for challenges presented by urban living, which was a crucial part of the design brief.

Baker explains that, in modern urban environments, “physical space is often at a premium” so the PDD and Trojan teams had to find ways to install the chargers “without visually or physically overwhelming the neighbourhoods”. With this in mind, Baker says the team studied both the “physical and environmental factors” and the “human” factors that would affect the success of the technology.

Part of the brief also detailed that the charging point had to be “small when stored in a house or car but tall and visible on the street”, says PDD product design engineer and senior consultant Doug Cusack. Working around these contradictions to make it “visible, but invisible” involved designing in features that addressed these “technical complexities”, Cusack adds.

The team was required to come up with these complex solutions quickly, according to Cusack. He says, “While this presented a pressurised environment, it also meant that we iterated and tested prototypes at a speed which allowed for a constant evolution of the design to meet these challenges.”

The charging points aim to be unobtrusive by “sitting flush within the pavement”, says Baker. People can connect the charger to their vehicles using an attachable lance, while the charging points themselves are connected by underground ducts to cabinets about 100m away. The cabinets can send power to 15 charging units at a time.

Trojan’s “innovative tech” and the “discreet nature” of the chargers is what sets them apart from existing ones, says Baker. “The system almost maximises the number of charge points available per grid connection compared to competitors, resulting in fewer on-street cabinets”, he adds. Trojan Energy’s charging stations also work faster than “typical home set-ups”, which are limited by “domestic electricity supplies”, according to Baker, although this is common for other street chargers.

Disability Rights UK provided consultation on the project from the off as Trojan Energy’s mission is to “develop technology that allows everyone to benefit from the green energy transition”, says Cusack. He adds that Disability Rights UK’s guidance “ensured that the design promoted maximum accessibility to Trojans infrastructure”. For example, the height of the lance is “more visible on the street”.

A pilot rollout of the EV charging points has taken place this year with residents in select streets across London boroughs Camden and Brent having. Initial discussions indicate that residents have been “receptive and positively engaged” with the installation of the charging points and have highlighted “their convenience, flexibility and ease”, says Baker.

Trojan Energy is now in the process of a commercial rollout as Barnet Council appointed the company to deliver over 500 charging point in the London Borough as part of a £4.65 million project.