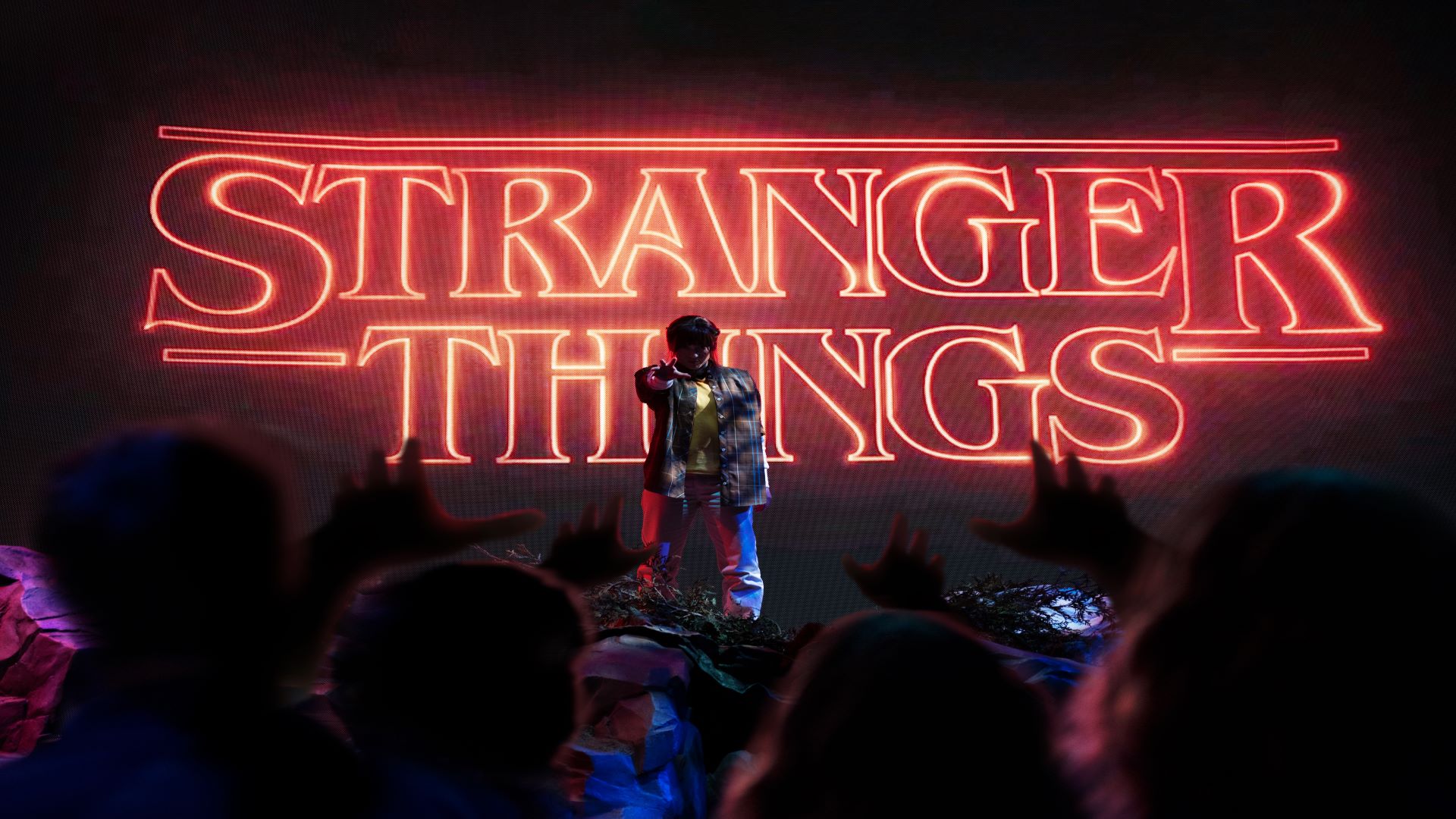 The news that Netflix lost subscribers for the first time in ten years was a wake-up call for the streaming giant – and should be for the rest of the entertainment industry.

As well as demonstrating that people couldn’t afford to subscribe to multiple streaming services, it showed that a year after most of the world emerged from pandemic lockdowns people are turning off the TV and instead looking for experiences that feel real and tangible.

Netflix has hinted that it understands this shift by creating Stranger Things: The Experience. A place where fans enjoy an immersive event taking in familiar parts of the show including government building the Hawkins Lab and alternate dimension the Upside Down, before heading to the Mix Tape, a 1980s-inspired refreshment and entertainment venue.

The streaming platform has also partnered with interactive games company Immersive Gamebox to develop a real-life – but less deadly – experience of its 2021 hit Squid Game. Giving fans the chance to try out some of the South Korean show’s games in-person, albeit with less dire consequences for those who lose.

It’s a savvy move to help prevent the subscriber exodus, and more entertainment brands should be tapping into it. Netflix have realised that real-life experiences forge much stronger connections with fans. Moving the experience from passive watching into something immersive and sensorial can be very powerful – if it’s done well.

Netflix CEO Will Dean is on record for saying that reimagining Netflix’s most popular show in a different format offers fans more ways to stay connected to Squid Game.

It’s not just streaming platforms that can benefit from this. A film, book, play, even the world of a beloved toy can be brought to life. If people genuinely love something, this is an opportunity to allow them to feel like they’re a part of it.

The time is particularly ripe for entertainment brands to capitalise on this. After two years of on-off lock downs, people are desperate to experience life outside of their four walls again: to feel a connection, to be part of a community.

Disney, Marvel, the BBC or any producer of entertainment content have an opportunity to engage with fans outside of the screen. Give people a reason to get out and interact with your brand, rather than being something to turn on when they have nothing better to do.

How do you do this successfully?

At the heart of creating immersive experiences is love and fandom. It won’t work with something people merely “like”.

You also need the right kind of thing to bring to life, something with a rich universe to pull from. Many fans who visited the Friends experience came out feeling cheated. But it’s an incredibly small universe – centred around Central Perk and a couple of apartments – so all there was to bring to life was the iconic sofa: one picture and fans were done.

In contrast, Stranger Things is ripe for it: it’s not only an interesting story with well-developed characters, but it is visually spectacular – and distinct. It’s a different world people would love to experience. Similarly, the Game of Thrones and Harry Potter studio tours have plentiful worlds and backdrops people want to experience.

Immerse visitors in an authentic way

For the Harry Potter and Game of Throne tours to work they had to tap into what people love about the stories. Before embarking on the creation of a new experience, it is critical designers understand what makes this particular universe special. There needs to be an understanding of the significance of all the different elements and how important they are. Crucially, what is meaningful to superfans?

That information is always out there. Not just in the source material, but in articles, blogs or fan sites, that can tell you what makes a film, show or book special. Straying from this can be dangerous. Take the Disney’s immersive Star Wars Galactic Starcruiser Hotel. In principle, it makes sense, but in practice it’s not that appealing. It takes place away from the story people know and fans have struggled to relate. It’s not a place to say “wow I’m finally here”. And then there’s the $6000 (£5100) a night price tag.

It’s also why any real-life experiences need to be authentic. Fans know instantly if it’s been thrown together without care. It’s like going to a gig and the band miming.

Doing things properly is a long process and takes a lot of effort: it’s not something that can be done by halves. Every element needs to be considered: the colours, the feel of the space, the sound, the light. It even comes down to what you sell; people would love to own Dustin’s “thinking cap” from Stranger Things but slapping the face of a minor character on a water bottle screams “all we want is your money”. The shop and café spaces at The Making of Harry Potter amplify everything that fans truly love about the franchise. They are a seamless extension of the whole studio tour experience, not a bolt on.

That’s the key lesson: never break the spell. From the second they step in the queue to the moment they leave, fans should feel they have catapulted into the world they see on their screens and far away from their sofa at home. If it’s an experience they’ll never forget, Netflix – or any other entertainment brand looking to fully engage their audience – will have captured their attention for the long-term.