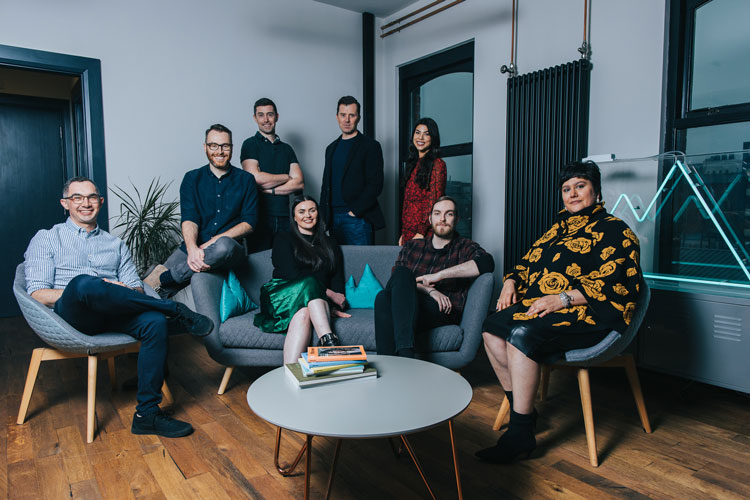 Belfast design studio Big Motive has made a series of new hires, as it hopes to expand into new markets beyond health, government, sustainability and social impact. In 2020, the team developed the STOPCovidNI contact tracing app. David Fairbrother joins as product design lead, while Paul May is now heading up strategy. Jessica Ibarra-Gambrill has been appointed as learning design lead while Jonathan Synnott is the design research lead.

London-based communications agency Page & Page and Partners has appointed Kristian Webb as its first scientific director. Webb joins from Havas and will lead a science-focused team across sectors including medical education, disease awareness and storytelling.

London consultancy The Storytellers has hired Marcus Iles as its chief creative officer. Iles has worked with brands including Coca-Cola, Harrods; his award-winning work includes a 2017 campaign for Heineken UK. He will oversee creative strategy, design and production.

Amazon Music has appointed Byron Merritt as its new VP of design. He will be based in Los Angeles, and work on experience across the company’s range of podcasts, video and music platforms. Merritt was most recently VP of customer experience at Delta Airlines, and has also worked for Nike’s design team.

Manchester-based Equator Design has appointed Si Thompson as its UK director, where he will oversee the in-house photography and styling process. According to the studio, he will work to put “bespoke photography at the heart of the design process”.

Designer and educator Frédérique Santune is joining Plymouth College of Art as a senior lecture on its graphic communication BA course. Previously Santune has designed for the Louvre in Paris and France’s National Centre of Immigration History. “Working in design gives me a platform to promote cultural curiosity,” she says. “These are the values that I want to impart on students.”


Havas Group has taken a majority investment in communications agency Tinkle, based in Spain and Portugal. Founded in 1999, Tinkle will now rebrand as Tinkle/amo and continue to work with its clients from offices in Barcelona, Madrid and Lisbon.

Communications agency Social has rebranded its creative division as For the curious. The team of eight designers will work together as a dedicated brand consultancy, developing digital and video content. It will be led by Social’s head of creative Zoe Tatton. “We want to work with those brands that are genuinely trying to make a difference, but will to be brave, ambitious and imaginative,” she says.

Royal Botanic Gardens Edinburgh has appointed design studio Nexer Digital as its digital partner for the next two years. Nexer Digital will attempt to expand the organisation’s sectors of science, horticulture and education with a focus on digital sustainability.

Snack brand Brew City (which is owned by McCain) has appointed consultancy The Wild as its lead creative agency. The Wild will work on print, social media and OOH campaigns, which are set to launch early this year.

Email [email protected] if there have been any moves and changes at your consultancy.