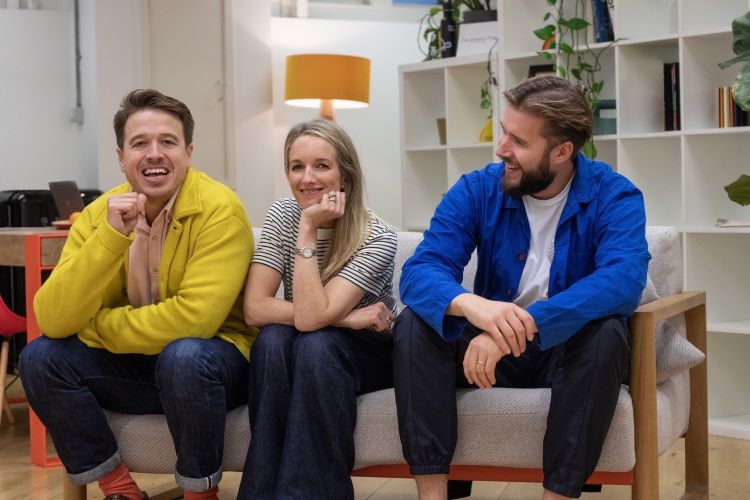 In conjunction with its new phase of growth, creative studio NewTerritory has appointed Ben Harding as its new managing director. Since being introduced into the creative industry eight years ago when he joined WPP, Harding has worked as a strategic leader within various design agencies, most recently as chief operating officer at both Map Project Office and Universal Design Studio.

Experience design practice Co:collective has appointed Nick DuPey as head of experience design. DuPey comes from an executive design director role at IDEO and has experience working with a wide range of clients, such as Ford, Target, American Refugee Committee and MIT.

London-based design studio Morpheus & Co has hired Pablo Laikan as 3D visual artist and Kelly Cinnamond-Santos as senior interior designer. Cinnamond-Santos previously managed her own studio in South Africa and been a part-time lecturer at Inscape Design College, while Laikan comes from Tara Bernerd & Partners, where he worked for five years as a visualiser.

Creative agency That Thing has hired Katy Blanshard as managing director. The appointment comes at a time when the agency looks to acquire more global business.

Creative UK has invested £500,000 into design studio and policy advisory firm Urban Scale Interventions (USI) as it becomes the latest studio to join its Creative Growth Finance (CGF) investment portfolio. USI is the first Northern Irish company to join CGF as well as being its first client that operates in the architectural space.

Morrama is branching out to create a new speculative thinking division called Morrama Lab, which will look to solve present and future problems. The platform will be used to track changes in cultural and consumer behaviour and respond with design solutions.

Following a competitive creative review of its roster, men’s personal care brand Harry’s has selected independent UK studio The Or as its lead creative agency. The appointment was prompted by the brand’s ambitions to increase growth and visibility in the UK and Europe.

WPP will create its first campus in Brazil, bringing more than 7,000 people from 26 agencies together in once collective space. The design of the São Paulo campus caters to hybrid working and seeks to foster greater innovation, creativity and collaboration between agencies, clients and partners. It will join the recently opened campuses in Toronto, Prague, Milan, Detroit and London.

European Professional Club Rugby (EPCR) has appointed specialist sports marketing agency Matta as its lead creative agency. Matta will work on brand design and campaign development across a range of EPCR projects, including the 2023 Heineken Champions Cup and the 2023 EPCR Challenge Cup.

Capgemini recently announced the acquisition of UK-based creative agency 23red. The agency mainly works with clients in the public and third sectors and will join global creative consultancy Frog in the UK as part of Capgemini group.