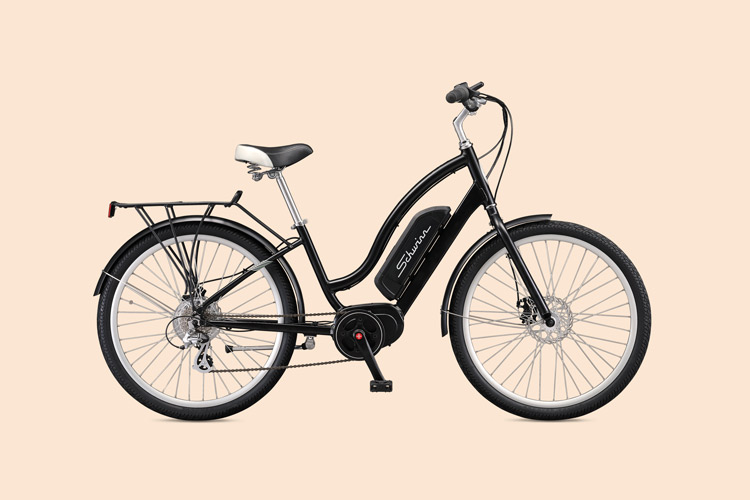 Manual Creative has rebranded US bicycle manufacturer Schwinn, in a bid to rediscover the company’s “personality and style”.

Founded more than 125 years ago in Chicago, Schwinn was a household name throughout the 20th century. “It was the ‘cool’ bike to have – Schwinn really had a hand in making the cycling industry what it is today,” says Manual creative director Tom Crabtree.

Over the years, however, the brand had lost its “characteristic cool”. It had become lost among other “big box” brands, Crabtree says.


The Manual team was approached for this project, having completed a project for another cycling-related brand around eight years ago. When the previous client moved roles and companies, he sought them out again for this project.

As Crabtree explains, the project began as a simple logo redesign. “By the time we were involved, Schwinn was using many different logos across its brand and the whole thing felt confused,” he says.

While Crabtree says it is not uncommon for bicycle companies to switch out their logos from model to model, he says the Manual team wanted to “edit the clutter”.


Schwinn now has three focal marks. The core logo is an uppercase wordmark, which will be used across communications. Crabtree says work on this was light and mainly concentrated on tidying it up.

Next, the team redrew the Schwinn red star, which has throughout its history been used as a badge on its bikes. “It’s such an iconic element, and we wanted to make it the hero of the brand,” Crabtree says. Alongside the bike badge, it can now be found in various lockups across the brand.

The final logo is another wordmark, which has been in use with the brand since the 1960s, and is used to represent Schwinn’s “classic” products. The “weird, groovy” retro typography was an instant draw for the team, Crabtree says, so minimal work has again been done to ensure it works in this modern context.


While working on the logo, Schwinn leaders and the Manual team agreed to expand the project across the entirety of the brand. Newly introduced elements include an updated colour palette and typography.

The colour palette features a wide range of brightly coloured hues, which Crabtree says are derived from Schwinn’s vast library of 1950s, 1960s and 1970s advertising. The red, orange, yellow and blue colours are a stark contrast to the “often dark, masculine and monochrome” colours seen elsewhere in cycling, he explains.

Meanwhile two distinct typefaces have been brought in to draw a connection between Schwinn’s history and future. One is a “warm” serif font, F37 Bobby, which gives a nod to the 1970s. The other is a “bold and characterful” sans serif called Ginto.

“We couldn’t rest on history alone”


While there are subtle nods to Schwinn’s 125-year history throughout the new look, Crabtree says the Manual and Schwinn teams were keen to ensure nostalgia wasn’t used as a crutch. “We couldn’t rest on history alone, because the whole idea is to introduce a new generation to Schwinn bikes,” he says.

As a result, several elements are very new. Photography principles, a new tone of voice and illustrations have been introduced and these give the brand a playful edge, while still being trustworthy, Crabtree says.

“Allows us to convey fun and current ideas”


In particular, he says the illustration works to modernise the brand while being respectful of what has come before. “The illustrations are in some ways inspired by advertising materials from the past, but also allow us to convey fun and current ideas in a way that doesn’t feel staged,” he says.

Crabtree adds that in this way, it’s hoped the Schwinn brand will cut through the noise of its competitors. “Schwinn has always been a brand for the mass market, but this is naturally a very busy environment where brands have to fight for attention,” he says. “By adding the illustration and rediscovering Schwinn’s personality, the aim is for it to feel high quality and desirable, but never too serious or intimidating.”

What do you think of the Schwinn rebrand? Let us know in the comments below…