In-house teams: how Nothing is hoping to build an ecosystem to rival Apple 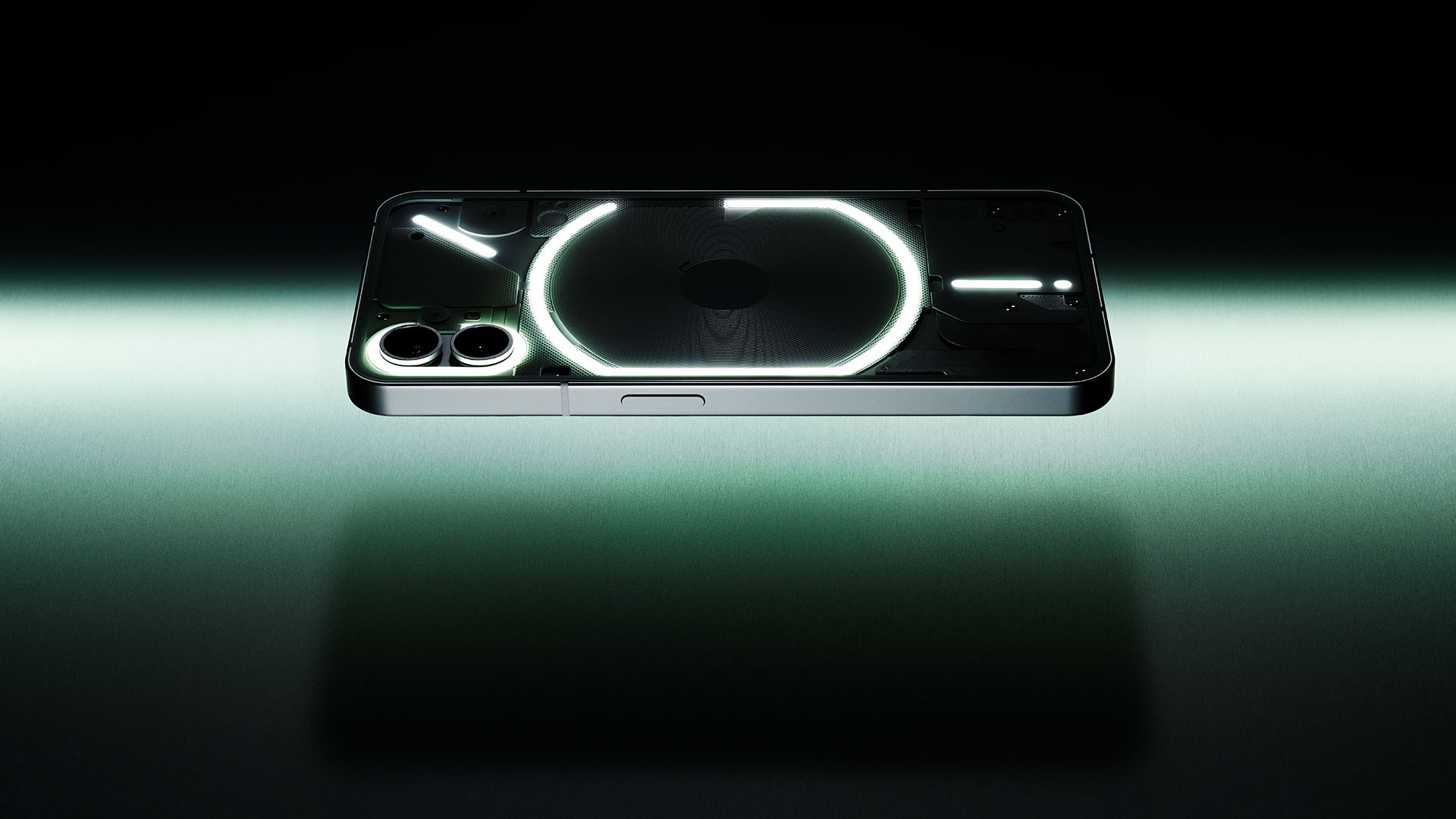 In-house teams: how Nothing is hoping to build an ecosystem to rival Apple

When London-based tech company Nothing released its first phone this summer, the launch was surrounded in hype – partly because of the tech pedigree involved. Nothing was set up by 32 year-old Swedish entrepreneur Carl Pei, who previously co-founded Chinese smartphone giant OnePlus. One of Nothing’s major investors is iPod co-creator Tony Faddell. And its first product, wireless earbuds, had sold over half a million units since last August.

“We want to build the most compelling alternative to Apple’s ecosystem,” the Nothing team outlines. Its route to that lies partly in building a multi-faceted design team. Stockholm-based design company Teenage Engineering – best known for its modular synths – are founding partners. In January, Adam Bates joined Nothing’s London office to build the design team. Bates had previously spent 14 years at Dyson, where he led teams on the development hairstyling products like Supersonic and Airwrap. We speak to Bates about joining the team and his roadmap for Nothing’s future.

How does the team work?

Nothing has three teams around the world, with headquarters in London. Bates is building a team in the UK, there are around 20 in Shenzhen, China and another team in Stockholm, Sweden (where it shares a studio with Teenage Engineering). At the moment, the London team is just five people – a mix of industrial and experience designers and a technologist. A separate team works on the software; the phone runs on a streamlined Android operating system. By the end of the year, Bates is looking to double the team – he’s looking for more industrial designers, model makers, technicians, and engineers. The aim going forwards is to “ensure that projects are a bit more predictable” in the face of technical challenges, Bates says.

Bates joined Nothing in January, meaning that the phone was already in the late stages of development. Apart from a few details around CMF and packaging, the main work to do was around the phone’s most distinguishing feature: the light-up interface on the phone’s back, which illuminates “glyphs” (graphic symbols). This system is a kind of notification hub – it lights up when you have a message, indicates charging status, and can customise ringtones for certain contacts. It’s meant to reduce screen time.

Sometimes, the team will focus on one challenge. With the glyph system, the designers travelled to Stockholm and focused for the week – limiting emails and other distractions. “That meant we were living and breathing that project 100%,” he says, which provided a well-rounded understanding of what they were working on.

As the company proceeds, there will be more projects to juggle. Each project has a lead designer so that they can progress, whether they’re in the early, middle or late stages of development. As Nothing is not yet two, there’s plenty of time to experiment with ways of working – “this is where we can really make the most of the people we’ve got,” Bates adds.

How do designers work together?

Co-ordinating three teams across three time zones inevitably creates challenges. There are design sessions every day with both teams, and regular trips to Stockholm. Usually mornings are spent catching up with the China team, Bates explains. “It is so valuable to have that diversity,” he adds. Despite the experience among the London designers, the team made a decision to in the early stage to “just absorb everything”.

The office encourages personal expression, says Bates, in keeping with the Teenage Engineering ethos. One of the highlights of being London-based is being immersed in other cultures, from architecture to art exhibitions. “We surround ourselves with a rich set of references,” Bates adds. One inspiration for the glyph interface was the work of Massimo Vignelli, who designed the New York subway map.

What are the challenges?

Sustainability is one of foremost challenges in the world of consumer tech. The design of Nothing Phone (1) attempts to tackle some of these in the short term, explains Bates – the phone’s sides are made from recycled aluminium, while over half the plastic components are made from bio-based or recycled materials (an “industry-leading percentage”, according to Nothing).

There may have been some disappointment that the phone is not modular, a popular suggestion for cutting planned obsolescence in the consumer tech industry. This was the principle behind Dutch company Fairphone, whose smartphone could be repaired and updated rather than replaced every couple of years. “We also really want to think about how we make something more circular,” says Bates – approaching a solution that would close the loop. What that might look like is still unclear. “Those solutions aren’t always necessarily intuitively the most obvious,” Bates points out.

What are the highlights?

Launching a phone in 2022 is no mean feat – challenger brands can struggle to impact a market saturated with heavyweights like Apple and Samsung. But the Nothing team believes it has some stand-out qualities. One of those is a relatively good price point; the phone retails at around £400. Another appealing feature is an element of playfulness – as the prevailing philosophy is that phone roll-outs have become a slightly stale, monotonous affair. “We think there’s an opportunity to have a bit of fun and to have some optimism,” says Bates. “The future will be about more than just incremental, utilitarian improvements.”

Bates is enthusiastic about being part of a young and developing team in London. The launch party for Phone (1) was at the studio, which the team had only recently moved into. It’s also been notable to start a tech studio in London, which is short on mobile companies. In fact, Nothing Phone (1) is the first British smartphone released in over five years. “There are obviously amazing design consultancies in London, and some great in-house teams in the UK, but we do slightly stand out in this area,” Bates adds.

Some of the phone’s features seem designed to spark conversation. The phone launched with an app for Tesla car owners, allowing them to unlock their doors and turn on AC from the phone. There will be more brand collaborations, confirms Bates. The phone’s home screen also allows users to display their NFT collection and directly track floor prices – a metric collectors use to judge the value of an NFT.

Building an open, collaborative ecosystem is part of the long-term goal for Nothing. “The phone is the heart of the experience,” says Bates. Now that it’s been released to the public, a dialogue can begin – he adds that people’s feedback has been valuable. “The wider experience won’t necessarily just be Nothing products,” he adds.

Bates is sanguine about the challenges ahead. “We come in as challengers,” he says, pointing out that competition with established brands lets you carve your own niche. “You can learn from other people, but you can also have the benefit of not having the legacy and baggage that some companies have when they’re already servicing millions of users,” he says. “We really need to make the most of these first couple of years,” he says, “because now’s the time where we can challenge things for ourselves before we start to become dependent on our own momentum.”