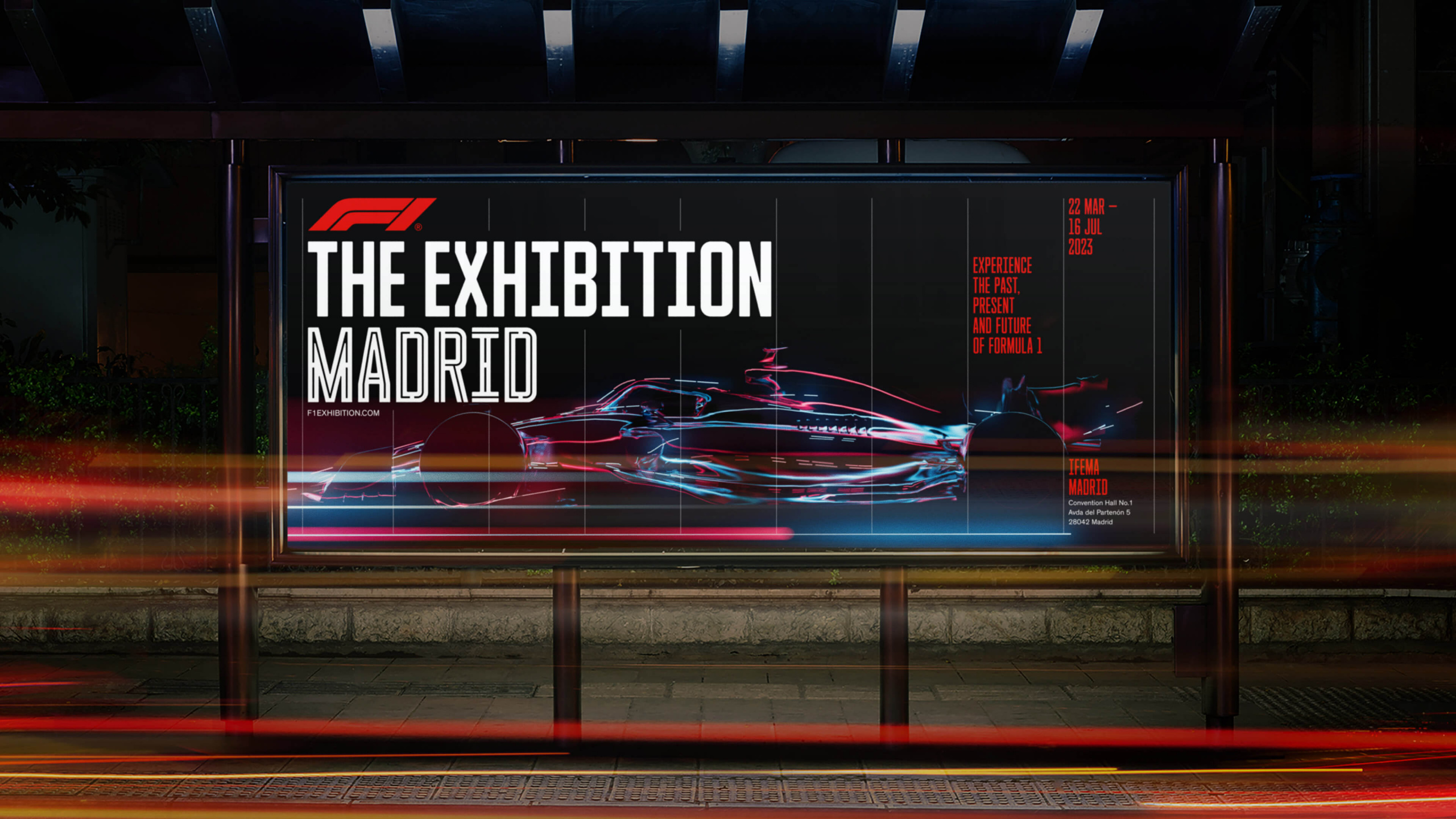 Hingston Studio has created the visual identity for the first official Formula 1 Exhibition, opening in March 2023 in Madrid at the start of a ten-year global tour. The studio was responsible for the visual identity system, typeface design, website, wayfinding and exhibition graphics for the show as well as an animated CG launch campaign.

The exhibition itself, designed by Round Room Studios, will feature six themed rooms looking at different aspects of Formula 1’s story: The Human Race, Once upon a time in Formula 1, Design Lab, Drivers & Duels, Revolution by Design and The Pit Wall. It will have interactive and immersive elements, mixing unseen interview footage, physical artefacts, historic race cars and large-scale installations.

Tom Hingston, founder of Hingston Studio, explains that the identity needed to be “very much coming from the world of F1” but able to “carry a much wider appeal”.

According to Tim Harvey of Round Room Studios, the goal “was to develop a show concept whose appeal stretches far beyond F1’s core fanbase – an exciting, cultural experience that brings to life the sport’s stories of passion and craftsmanship, innovation and the thrill of racing”.

Hingston explains that the studio’s “broad cultural perspective” resonated with both Round Room and Formula 1, who wanted the exhibition to appeal “to a new, younger, mixed audience that is no longer male-orientated” – highlighting the influence of recent documentaries such as Netflix’s Drive to Survive. 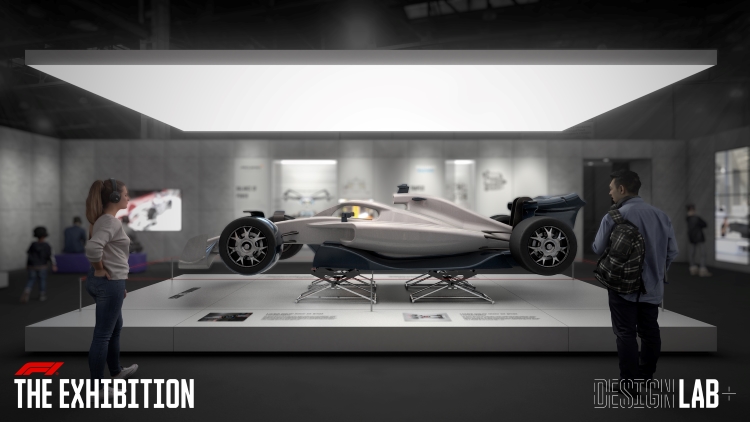 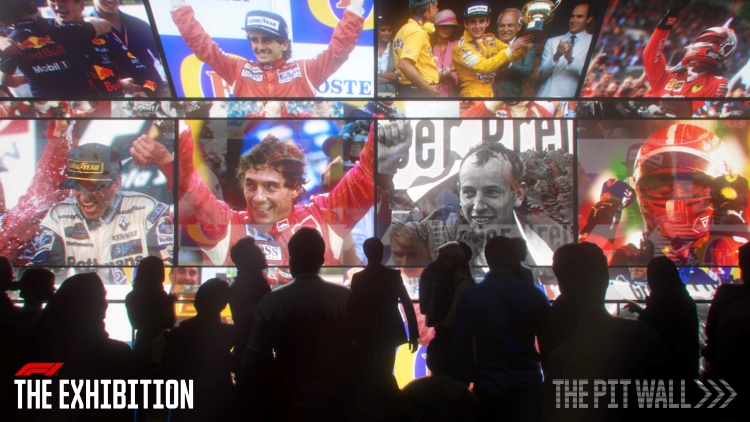 The fact that the “show itself sits at the intersection of historical narrative and a future-facing ideology”, Hingston says, meant an “overarching concept of time” influenced “an identity that nods to the past while evoking strength and modernity”.

The condensed letterforms reference the sport’s visual history, such as “the vernacular of 1960’s and 1970’s racing posters”, Hingston says, while “the circular geometry applied to corner details echoes that of the F1 mark itself – establishing a delicate synergy between the two entities”.

The flexible typographic language and a family of bespoke headline typefaces created by the studio are able to take on “such a vast and complex narrative”, he adds.

There are three different cuts – Torque 100, Torque 50 and Torque Inline – designed to adapt to different spaces. “Sometimes the letterforms appear more skeletal (as if looking under the skin), on other occasions they appear to be constructed from tiny points of light – indicating data”, Hingston explains. He adds that the letterforms needed to be “robust, with an inherent capacity to take on the different characteristics of each room”.

There is also a series of “bespoke symbols and glyphs; a mix of signposting devices and playful iconography”, which are “used extensively within the exhibition spaces themselves”, as well as acting “as a means of embellishment or punctuation”, according to Hingston.

The brand and typographic systems were developed, along with “meticulous identity guidelines”, to “flex across print, digital and environmental touchpoints” including exhibition posters and website and extending to “exhibition graphics, room names and information architecture of each space”, Hingston says.

He explains that variation in scale and subject matter across the exhibition’s rooms needed to be accounted for, spanning “immersive digital experiences to physical interaction with real-life artefacts and engineering components”.

Due to the scale of the project and the multiple parties working in parallel – including “exhibition designers, writers, film makers, programmers, model makers and sound designers”- it was necessary for the studio to take on a role of “brand guardianship”, “ensuring visual consistency across every touch point”, Hingston says.

“This is a global show with a ten-year life span, so it was imperative that the identity would be able to flex across different markets, languages and platforms”, he adds.

While the show first opens in Madrid, it will later travel to destinations in many countries, so the core wordmark’s elements – F1, the title of the show and the host location – are interchangeable in order to “adapt to the requirements of any city or venue”. Alterations to the exhibition title  “to reflect local nuance”, for example, can be accommodated while “retaining the core design conventions”, Hingston says.

The launch campaign, with 3D/CG motion design by Markus Lehtonen at Hingston Studio, leads with an “interpretation of the F1 car”.

“As a means of highlighting the telemetry aspects of the vehicle, we created an animated CG sequence of the car in motion – this formation of light and data creates a dynamic expression across print and digital environments”, Hingston says.

“As a fluid entity, the hero image will gradually change in appearance over time, allowing the campaign to evolve over the period of the next 12 months”.

The exhibition will open on March 24 2023 and run until July 1 2023 in Madrid. Image credits: Hingston Studio and the Formula 1 Exhibition.