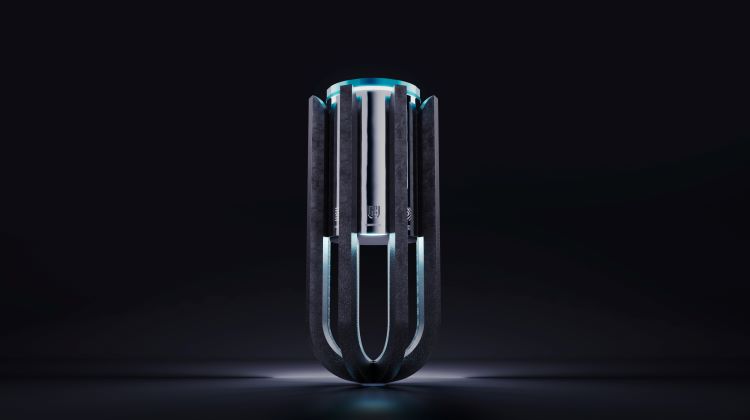 Bath-based design studios Thisaway and Matter have crafted the new trophy for the United Rugby Championship (URC), which aims to resist clichés of the trophy world.

URC, previously known at PRO14, was set up in 2001 as an annual rugby union league with teams across Ireland, Scotland, Italy and Wales. It has since grown in size to a total of 16 teams.

Last year, Thisaway designed the new identity for URC with an emphasis of unity and diversity. “The idea is that the league will bring so many teams and cultures and fans together in one place for the first time,” studio founder Graeme Cook said at the time.

The principle behind the new trophy was “A Different League” – the idea was to “stand out amongst other major sporting trophies and not to follow the same design tropes”, explains the design team. The form also seeks to reinforce the branding’s theme of diversity through its materiality, shape and how players would interact with the trophy, according to Thisaway.

The new trophy has been constructed from four U-shaped forms, which are a nod to the URC logo and the U in united. These were 3D-printed in an alloy with a “raw, pitted finish”. “The cradle is a progressive homage to the strength and power of the sport,” the studio adds.

Each of these forms also refers to the four regional conferences (the four pools into which the teams are organised). As well as representing various brand elements, the U forms also provide multiple handles for a winning team to raise the trophy, the designers point out.

Suspended at the trophy’s centre is a “lantern”, which seeks to represent the championship as a whole, explains Thisaway. The design team describes this as a “traditional and exquisite piece of silversmithing, embellished with the history and stories of champions”.

The trophy can be illuminated and revolved “to bring its full spectacle to life” when it is positioned on a plinth, Thisaway notes – an attempt to engage with fans after the championship is over. The studio adds: “Designed primarily to be raised, held and celebrated, the trophy delivers on the scale and gravitas worthy of rugby champions.”

The trophy made its debut at the URC final earlier in June when the Stormers defeated the Bulls at Cape Town’s DHL Stadium.