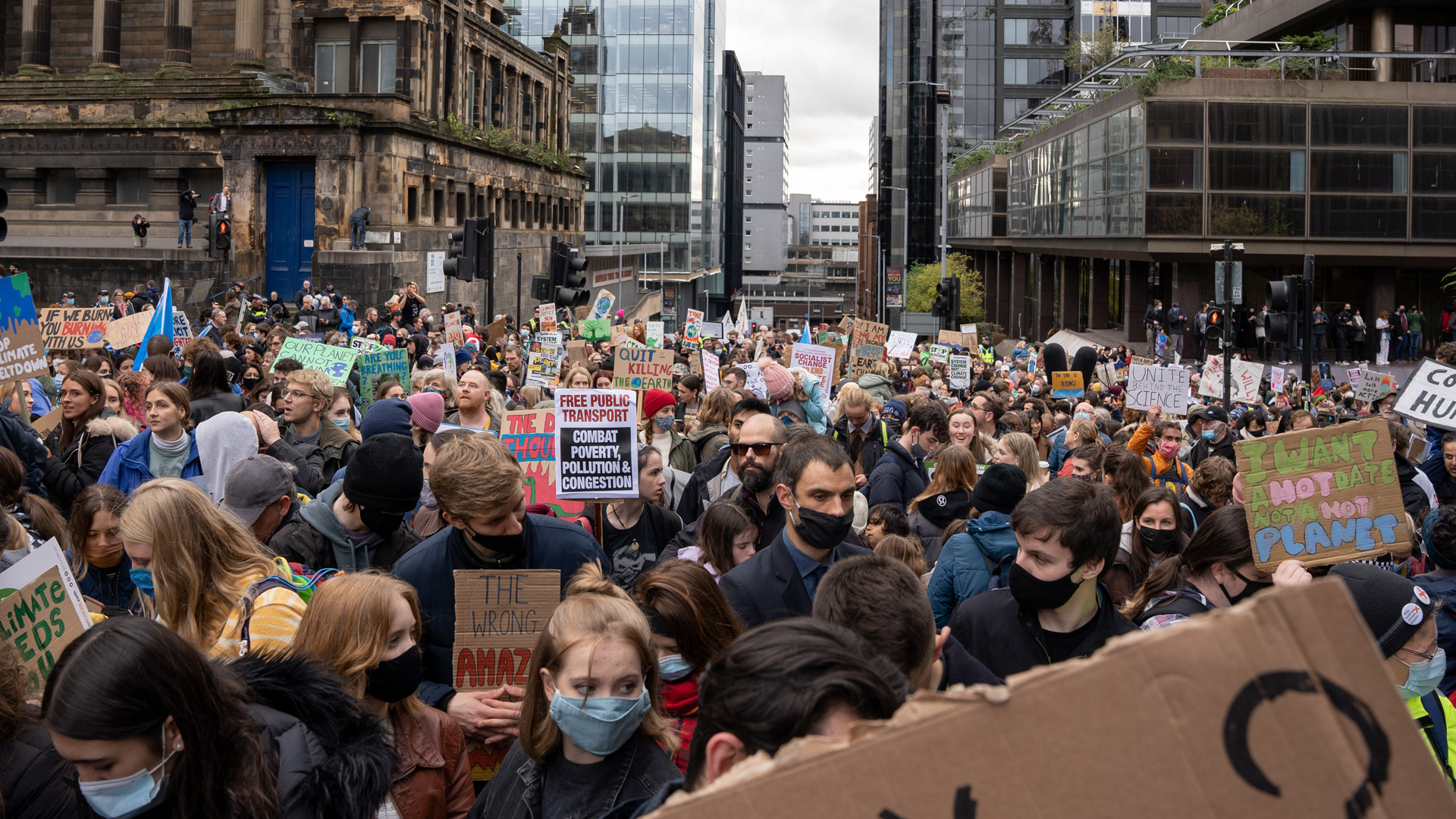 “If there was ever proof of the benefit of taking off your slippers, putting on real shoes and meeting with people, that was it,” says Design Council CEO Minnie Moll, on the subject of last week’s Design for Planet festival.

The two-day event, based at V&A Dundee, ran alongside COP26 and welcomed 100 designers in person and more than 5,500 online. A programme of talks and workshops was offered, with the intention of helping to prepare and galvanise the UK’s 1.69 million-strong design industry to take action on the climate crisis.

While Moll thinks last week’s festival was empowering, she stresses now is when the real work starts. She says the Design Council has a range of next steps, which it is looking to implement in the coming weeks and months.

A move towards lobbying

Many of the Design Council’s next steps will be informed by an online roundtable that Moll and chief design officer Cat Drew chaired on day two of the festival, which brought together almost 30 design councils operating internationally. Among the group were representatives from South Africa, Latvia, Brazil, China and the US as well as several British institutions, like the Design Business Association and the Ellen MacArthur Foundation.

The “meeting of minds”, Moll says, was crucial to understanding and planning how designers as an international group can move forward in the climate crisis, rather than continuing to work in country siloes. Among the solutions tabled, the Design Council will use several to inform its next steps.

One such action is engaging in lobbying, rather than just policy change. “Lobbying is about regulation,” Moll explains. Where policy change comes at the governmental level, she says lobbying affects specific industries. If industries can establish their own regulations – with designers being involved throughout – she says things like “design for disassembly” can become commonplace, and planned obsolescence avoided.

The roundtable discussion also tried to address how designers might educate their clients. “Designing for planet demands challenging the brief,” says Moll. “But it also means having the means to educate clients, so that they want to procure sustainable design.”

One of the tools the Design Council has developed in response to this already is a 90-second film which designers can play at kick-off meetings to set the tone for the work to come. It was revealed at Design for Planet, and is free to use for all designers, studios and businesses that want to highlight why sustainable working is so important.

Additionally, Moll says the Design Council and its equivalents around the world, will also be looking into the “language of design”. “So often, how we speak about our work is a barrier to others understanding,” she says. Whether this is because language is too technical, or others that simply aren’t on the same page, she says work needs to be done to ensure everyone can talk about design. “If we had better non-jargon language which could be used by non-designers and between disciplines alike, that would help,” Moll says.

A Design for Planet manifesto

Moll has confirmed the Design Council will chair similar roundtables quarterly moving forward. “This is a global crisis, and we need to be prepared to share thoughts and actions,” she says. To help on the way to becoming a more interconnected network of design councils, Moll adds a global platform of resources and insight is being considered now.

The Design Council will now work on co-designing a manifesto ahead of COP27 – the next UN conference dedicated to climate change, which will take place next year in Egypt.

“Design Council used to play a much more international role, and this is us getting back to it,” says Moll, adding that design councils that were unable to make this initial roundtable will be invited to successive ones and welcome to contribute to the manifesto. “If we had a manifesto with signatories from countries from around the world – whatever gets decided upon by politicians and leaders at the next COP – we know at least we’d be making a difference because the international design community is so powerful.”