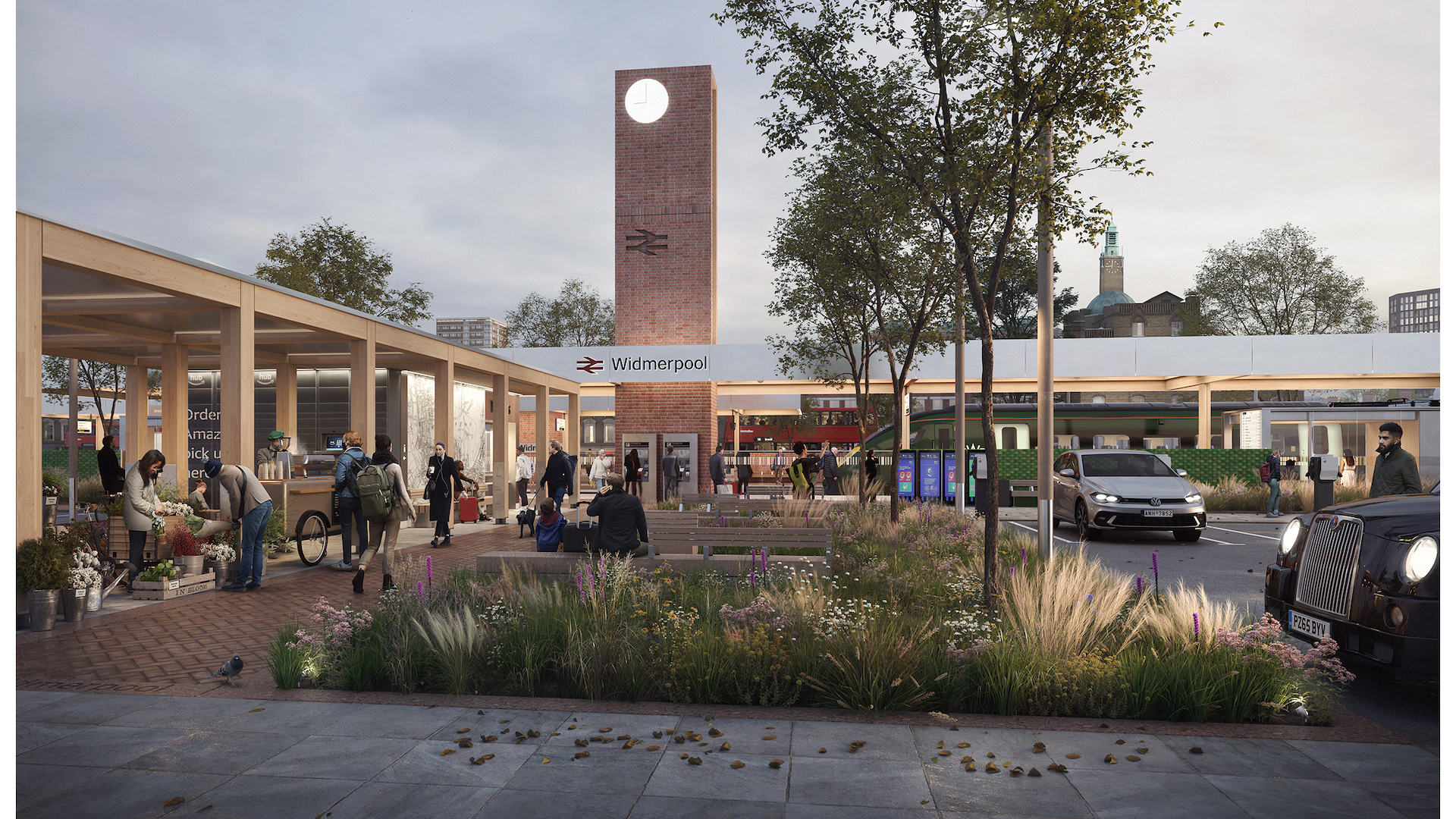 The Design Council and Network Rail are rolling out the next part of a plan to redesign the nations railway stations by inviting the public to experience proposed designs in virtual reality.

There are about 2,000 small and medium train stations in the UK. Now, Network Rail is appealing to the British public and asking them to take an active part in a comprehensive programme that will lead to the redesign of most of them.

The rail company hired Design Council to help it with the mammoth project, which was christened ExploreStation, and last year, a first phase lead to an RIBA international design competition to create design principles for those local stations, which architectural practice 7N Architects won.

Now, with 7N Architects’ initial designs ready, a second phase is beginning with the public being enouraged to get involved through immersive virtual reality experiences and design workshops across the country, as well as virtual events.

At virtual reality pop-ups, visitors will see a station materialising before their eyes. Wearing headsets, they’ll get an opportunity to look around and make virtual use of the station, such as testing out what if feels like to move around a new station with luggage or pulling up in a train alongside the platform. They’ll even hear train announcements.


These virtual reality experiences will be held in  York (National Railway Museum) on 4 and 5 May, Shildon (Locomotion Museum) on 7 and 8 May, Manchester (Science and Industry Museum) on 11, 12 and 13 May, Hereford (Shell Store) on 16 and 17 May, and Paisley (Telfords Paisley) on 19 and 20 May. Registration to book places at all of them, as well as all other consultation events, is now open.

One of the core ideas behind the proposed changes is for stations to become community hubs and not just places for passengers to pass through. The designs follow a modular approach, using a kit of parts so they can be easily replicable and work in different places and configurations. This means that despite the ubiquity of the design, each solution can be “tailored to the identity and needs of each community,” explains Edward Hobson, director of place for Design Council.

These designs have three main components: a clocktower, which Hobson describes as a “central part of journeying,” and an important focal point contributing to “the identity of the station;” the platform area, which is being conceived to be as inclusive and sustainable as possible; and the “welcome mat,” as the design team is calling it, or the exterior roll-out, which is supposed to engage with the surrounding town. Ideally, the station would become “a real built-in flexible facility that can provide something the community wants and needs,” emphasises Hobson.


Some 10,000 people have already visited the online platform so far and ExploreStation has created a webpage where it displays how it’s applying changes according to the impact of feedback and ideas received so far. Hobson says most feedback is “actually pushing the designers a bit harder, asking them to raise the standards – particularly on environmental and sustainbility concerns, with lots of people asking:  ‘How can you make this station net zero, or increase diversity?’” Another typical input is asking for the designs to be sensitive to the particularities of each town and landscape.

Design Council says it wants the same thing: Hobson praises the idea of the stations being integrated, “instead of something owned by somebody else.” In short: “How can the station embrace the town?”

Registration for the virtual reality pop-ups, as well as design workshops and other events, can be accessed through this link. Anyone can explore the design proposals online and provide feedback on explorestation.commonplace.is.