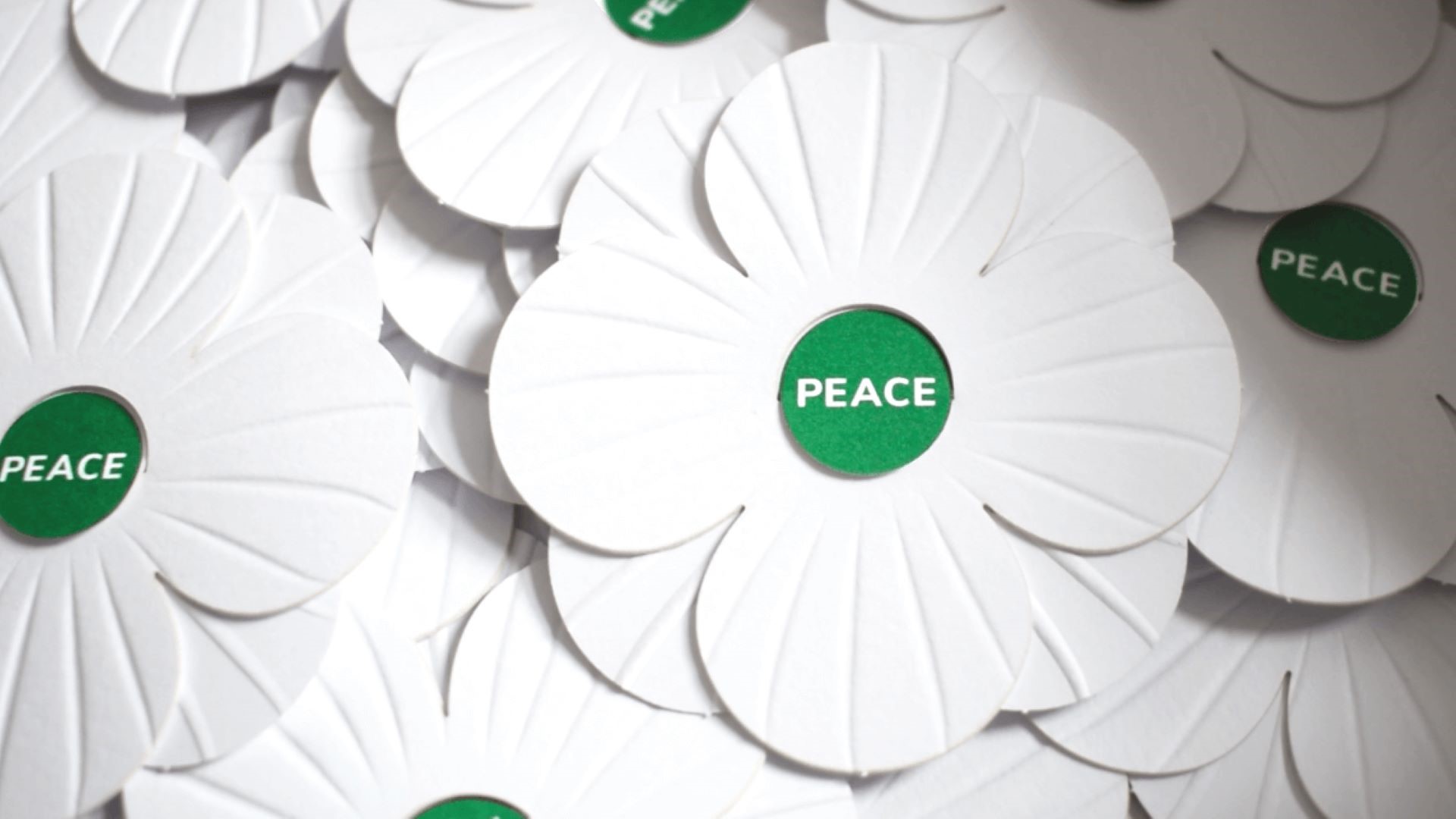 The white remembrance poppy, created as a pacifist alternative to the red poppy, has been redesigned by print and design co-operative Calverts for pacifist campaigning organisation Peace Pledge Union (PPU).

The white poppy was first introduced as a symbol of remembrance and peace in 1933 by members of the Co-operative Women’s Guild. It is intended to remember both civilian and military casualties of war, while emphasising the message “never again”.

Today the white poppy is distributed by the PPU. The organisation explains that the new design has been several years in the making, following an increase in demand for the poppies.

“As the white poppy campaign has grown over time, we have become increasingly aware of the need to minimise our impact on the environment and ensure white poppies are ethically produced”, the PPU says.

In 2021, Calverts was approached to develop the new design. Given the poppy’s origins, the decision to work with a workers’ co-op to produce the design was “true to its roots”, the PPU explains.

But the co-op was also chosen for its specialism in design that is socially and environmentally responsible. Calverts frequently works with NGOs, charities and campaigning groups, is FSC® certified and adheres to the ISO 14001 – an internationally agreed standard that sets out the requirements for an environmental management system.

Before the redesign, the white poppies were made from fabric with a wire stem and were not suitable for household recycling.

“The challenge was to redesign this iconic emblem of remembrance, making it more sustainable in the process”, Calverts says. “Various designs were discussed, mocked up and tweaked until a definitive prototype was produced.”

The new design maintains the look of the previous white poppy, with two layers of white petals and a circular green centre featuring the word ‘Peace,’ but has been redesigned to be made from a single piece of paper.

Using uncoated paper, printed with plant-based inks, the poppy is now entirely plastic-free and biodegradable and can be put in the household recycling with paper and cardboard.

Its layers are created by a single fold and can be fastened together using the opening on one side of the green circle. A printed detail on its reverse side indicates how the poppy can be fastened to clothing using a safety pin.

Production is all done locally to Calverts in east London. The poppy is printed in-house, then embossed and laser-cut by paper-cutting specialists Papershapers in north-east London, before being folded and assembled by hand.