Design books to look out for in Spring 2022 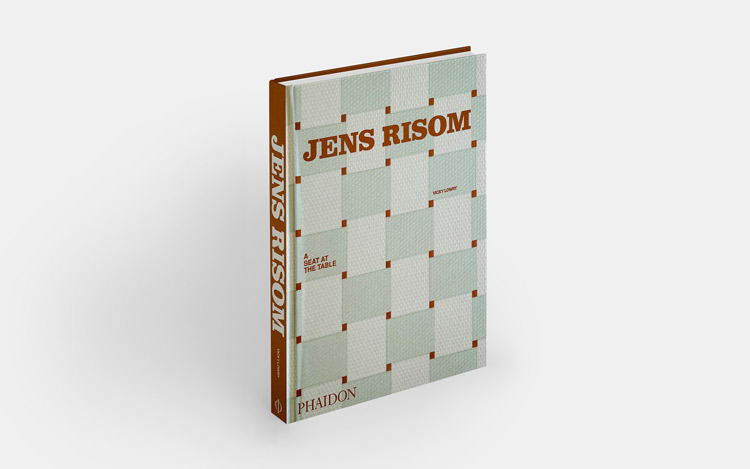 Design books to look out for in Spring 2022

With the looming climate crisis and an ongoing pandemic, the last few years have been a stressful one for most people – to put it lightly. But taking a look into the past 100 years reveals a host of similarly upheaving international events, from wars and bombings, to pandemics and natural disasters. In a bid to mitigate the panic caused by tumultuous times, governments around the world have often turned to graphic design to make sense of solutions.

Apocalypse Ready from design researcher Taras Young takes a look at these communications in depth. From step-by-step leaflets detailing how to build an earthquake shelter, to booklets providing advice on how to protect your family during a nuclear war or how minimise the risk of catching Spanish flu, the artefacts presented by Young are somewhat chilling, even if they were meant to instil calm.

Throughout, Young contextualises each booklet, poster and leaflet for readers – giving an insight into what the creators wanted to achieve with their work, the reasoning behind the artistic stylings and how and where each communications piece was shared.

Apocalypse Ready is published by Taras Young in March. To learn more about it, head to the Thames & Hudson website.

A Visual History of Graphic Design, by Jens Müller

Even those the least acquainted with design history are usually able to point out at least one time period based on the aesthetic stylings of the work it produced. From the geometric shapes of the mid-century, to the bulbous typefaces of the 1970s, with the right example it can be straightforward to pin down a timeframe for a style.

An authoritative voice on design history, Jens Müller’s upcoming book, A Visual History of Graphic Design, seeks to delve even deeper into these stylistic time periods. In the book, he curates the stand-out designs from each of the last 130 years – tracking artistic movements alongside historical events like World War II and different political shifts.

The book features year-by-year spreads, as well as in-depth features on dozens of what Müller calls “landmark projects” and profiles on the designer who helped shape the industry during their careers.

A Visual History of Graphic Design is published by Taschen in January. To find out more about the book, visit the Taschen website.

The Art of Protest, by Alain Bieer, Francesca Gavin and Penny Rafferty

How designers use their craft to protest injustice is a topic Design Week has covered in depth over the years. From Greg Bunbury’s arresting poster campaigns against the killings of Eric Garner and George Floyd at the hands of police, to the subversive graphics of Jonathan Barnbrook, designers have a long history of creatively calling out.

Gestalten’s recently published book, The Art of Protest, offers even more examples of just how creative people use their work to challenge the wrongs of the world. Topics covered include the fight for trans rights, digital activism and a new wave of feminist art.

Featuring the work of more than 70 artists and designers, in-depth commentary and five essays looking at creativity’s role in revolt, the book aims to contextualise its different examples and acknowledge art and design as a tool for political change. As American writer and civil-rights activist Toni Cade Bambara said: “The role of the artist is to make the revolution irresistible.”

The Art of Protest is published by Gestalten. To buy, head to the Gestalten website.

Designers will know well how their craft can be used to create graphics, products and spaces – but increasingly design is being recognised for how it can be utilised in politics and civic engagement. A new book from designer and educator Carl DiSalvo aims to showcase design’s potential as a tool to take care of and support democracies.

Design as Democratic Inquiry builds on DiSalvo’s career and experience, to demonstrate how design can be a fundamental part of local politics – but not in a way that we are necessarily familiar with right now. The relentless pursuit of innovation, he says, has led to a corporate culture of “design imperialism”.

To challenge this, DiSalvo uses recent examples from Atlanta, US, where residents and local organisations directed design processes to nurture their community. He says the aim of the book is to show how we can “resist heroic stories of design” in favour of a process focused on the “fragile, contingent, partial and compromised” aspects of design.

Design as Democratic Enquiry is published by The MIT Press in February. To find out more about the book and pre-order, head to the MIT Press website.

Jens Risom: A Seat at the Table, by Vicky Lowry

His work was among the first to introduce Scandinavian design to the United States and some pieces of his remain highly collectible to this day, but Danish-American designer Jens Risom is largely considered an unsung hero of the mid-century design movement.

A new book from Vicky Lowry, the first authoritative biography of the designer and his work, seeks to change this. The book spans Risom’s education in Denmark, through his early collaborations with the likes of Georg Jensen and Hans Knoll and into the creation of his eponymous studio and legacy in the 21st century. Lowry tells Risom’s story through a collection of never-before-seen sketches, photographs and other ephemera.

Featured in the book are multiple examples of the furniture designer’s work, including pieces that are still in production today – alongside contextual and biographical information.

Jens Risom: A Seat at the Table is published by Phaidon in January. For more information, check out the Phaidon website.

One for young readers, Story & Truth is the first book from independent publisher and travelling children’s bookshop by How Brave is The Wren. It comes from writer and theatre-maker Ian Douglas and illustrator Ben Javens.

The illustrated book follows the story of world-traveller Story, who spends his time meeting new people and being welcomed into their homes. On one of his adventures he meets Truth, a wise old lady who “carries the weight of the world on her shoulders”. When they encounter each other, Truth remarks on why it is Story who is welcomed so by the people of the world, and not her.

The book is a young reader-friendly look into an old-age and yet also very modern problem: why are people more inclined to believe a good story over the truth? Javens has developed the designs for the book, which he says reflect the “age of the tale” being told in Story & Truth. He says inspiration from the project came from old picture books in his personal collection, like The Story of William Tell, as told by mid-century illustrator Aliki Brandenberg.

What book are you looking forward to reading in Spring 2022? Let us know in the comments below…