Byron Burgers rebrands as it takes on home delivery market 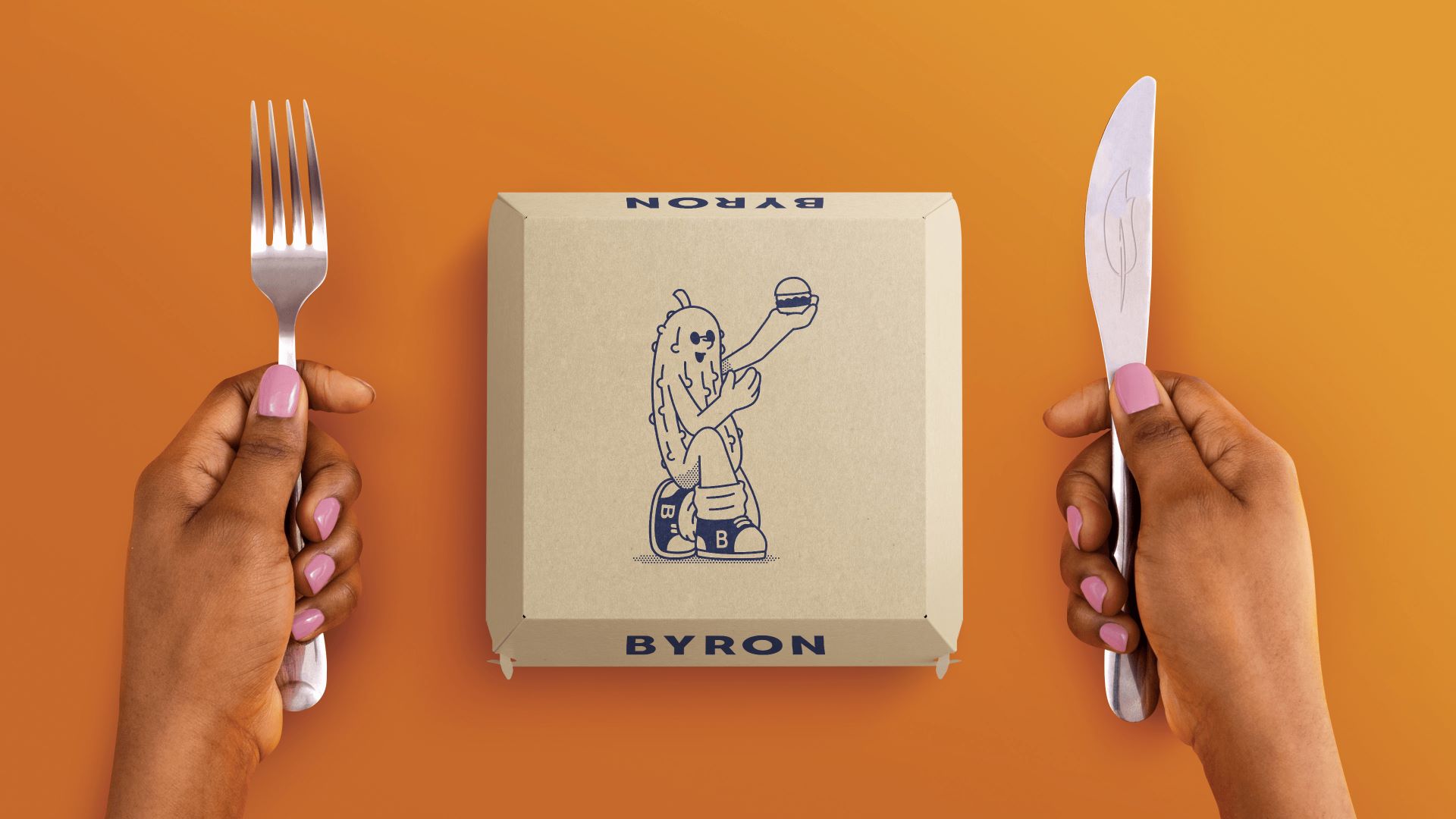 Byron Burgers rebrands as it takes on home delivery market

Taxi Studio was appointed to work across the entire brand expression including positioning, identity, tone of voice; digital touchpoints such as the website and materials for delivery platforms including Deliveroo, plus physical menus, packaging, uniforms and wall and poster art.

A concept was shaped around the idea of “burger artistry” to tap into Byron’s history as one of the early gourmet burger brands. This is a “radical shift” from “typically gratuitous burger depictions of oozy excess, towards positioning food as art and sustenance”, the studio says.

A new strapline of “Poetry in a bun” was created to reference both the “flair and creativity” of Byron’s food and a connection to the English poet Lord Byron.

Taxi Studio founder and CCO Spencer Buck says, “After digging deep into the history of Byron Burgers we came across this quote from the brand’s [now departed] founder, Tom Byng: ‘It’s cool to name a burger joint after a bisexual romantic poet. And although we didn’t actually name it after him, there’s no harm in letting people think we did.’

“This was the moment of clarity for us. In his day, Byron was a rock-star – a mischief maker. So, we simply brought the essence of [Lord] Byron back to Byron.”

This spirit was also translated into the brand’s “lyrical mascot” OG, or George the poetic pickle, who appears in illustrations seen across digital and physical assets, at the heart of a suite of characters.

A collaboration with Reed Words, a verbal branding and copywriting consultancy shaped the “playful (and often rhyming) tone of voice” that was developed, Taxi Studio says.

It was also necessary to create a consistent brand while catering to the “eclecticism” of each Byron Burgers diner, Buck comments.

“The key was creating a consistent suite of assets that have loads of flexibility.” Will Duffy, design lead on the project explains. “We have a range of colours, character poses, photography and poetry which can be utilised in any number of different combinations, all within the one brand vision – so one restaurant can express itself in a different way to another, and that’s a good thing! Expression is the key to good poetry.”

To maintain continuity with Byron’s history and its 2019 identity designed by Checkland Kindleysides the client was keen to make use of some existing assets rather than starting from scratch, Duffy says.

The previous rebrand came before major change in 2020 when Byron had to close 31 of its 51 restaurants after experiencing financial difficulties brought on by the COVID pandemic. It was bought by private equity firm Calveton as part of a rescue deal.

The Byron logo has now been adapted “for distinctiveness” and existing typography built on “to introduce our poetry expression”, Duffy says. The suite of characters that relate to different parts of the menu was also a pre-existing asset, but Taxi Studio “rethought the character’s personalities”, rechristening them as the “Byronistas” around OG, who was “recreated and brought to life as a poet”, Duffy adds.

A new colour palette inspired by the menu’s flavours is also used to aid digital navigation and provide a more “vibrant experience”, Taxi Studio says. This “prevents a sea of sameness across the menu” Duffy adds, highlighting the importance of this for “places like Deliveroo, where all beef burgers sit together”.

The new brand expression is currently being rolled out nationally across Byron Burgers’ 21 sites.