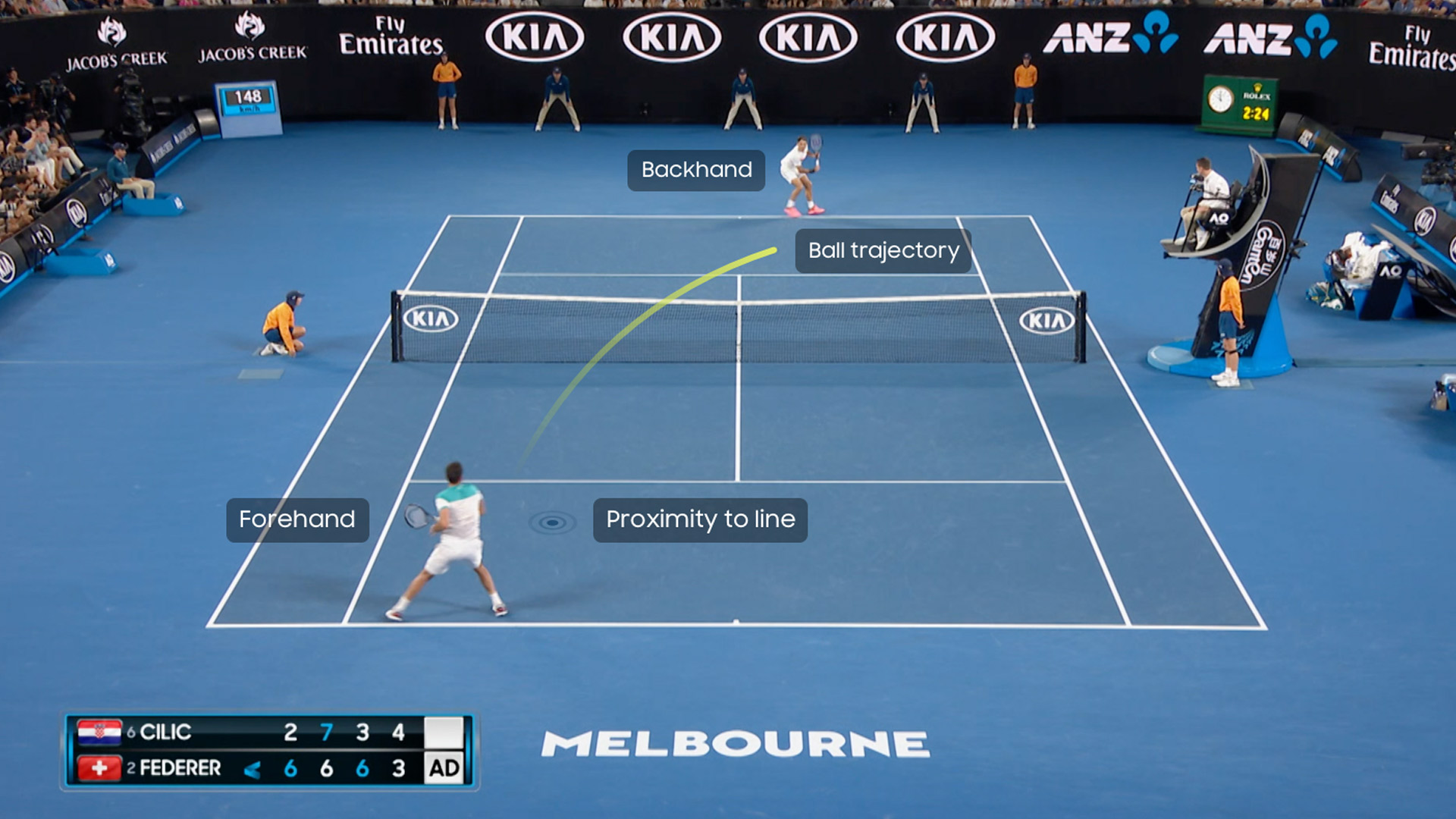 Innovation design studio AKQA is behind the audio solution, which aims to create a more accessible broadcast experience for the 285 million people globally living with blindness and low-vision impairments.

Tim Devine, AKQA executive innovation director, describes Action Audio as a “new language being created to transcend sport” and an important element to encourage co-watching between sighted people and those with visual impairments.

Because of the quick nature of tennis, being able to see the ball is difficult for blind people and those with low sight. But Devine stresses that developing Action Audio was about more that simply “making the events audible”. “The fundamental opportunity was to give those of us who are blind or have low vision more information than what they currently get—the sound of the ball being hit, a few grunts and sneaker squeaks,” he says.

The Action Audio innovation works by using different data inputs to give insight into what is happening, beyond what is usually heard – what Devine suggests is often no more that “a few grunts and sneaker squeaks”. These data inputs include ball speed and trajectory, proximity to line and shot type (forehand or backhand, for example).

Inputs are then shaped by a number of sound design principles, as set out by AKQA and project partners Monash University and Tennis Australia. There are four principles in total: social, familiar, tension and selective auditory attention. Action Audio’s output is a series of sounds which denote different goings on from the court – the noise from a backhand and forehand shot, for example, sound slightly different in order to distinguish the two; meanwhile sounds associated with where the ball lands on the court are different depending on this positioning.

A promotional explainer video produced by AKQA shows how blind and low-vision testers of the Action Audio solution were able to identify rallies and shots much easier than before.

“Accessibility is seldom the priority”

The process of developing Action Audio has included two years of co-designing and prototyping with the blind and low-vision volunteers. This included input from Blind Sports Victoria, an organisation that works to offer a range of sporting and recreational activities for blind people and the visually impaired.

“We like to think of Action Audio, and many other project we develop in the innovation team, as a provocation as to how things could be,” Devine says. “A big part of the process and dialog with people who are blind or have low vision was  to understand if it was desirable and how to make it better.”

The research was a challenge, but Devine says the biggest obstacle the team has faced has been Action Audio’s dependence on broadcasters and tournaments. “Accessibility is seldom the priority,” he says, adding that Tennis Australia has been an “exceptional partner” for the project because of the organisation’s commitment.

The technology was soft launched at last year’s Australian Open, and is now being rolled out in full for this year’s tournament. But Devine insists Action Audio is still a work in progress. “There are so many things we know we could develop that would make the whole thing better, more scalable and more sustainable as a service,” he explains.

Devine says much of the beauty of Action Audio comes from the fact it is relatively easy to implement. “The real innovation is that it requires very few new tools to implement,” he explains, because much of the technology is already available.

Because of this, Devine says the vision is that Action Audio could be rolled out to “support many more sports codes and radio broadcasts around the world”. “One thing we’re exploring is ways to use audio fingerprinting to make it possible to generate Action Audio sounds directly on a device and synchronise with any broadcast,” he says. “That will help overcome partnership barriers.”

Alongside expanded broadcast opportunities, Devine mentions working with higher budget ‘AAA’ video games and even live events as future goals for Action Audio, to “to create the same experience across real and virtual sporting events”.

“The dream and future stretch goal will be to get it to a point where it happens at the event for people to experience sports live, in person,” he says.

What do you think of Action Audio? Let us know in the comments below…