Asda’s Just Essentials backlash a “storm in a yellow teacup” 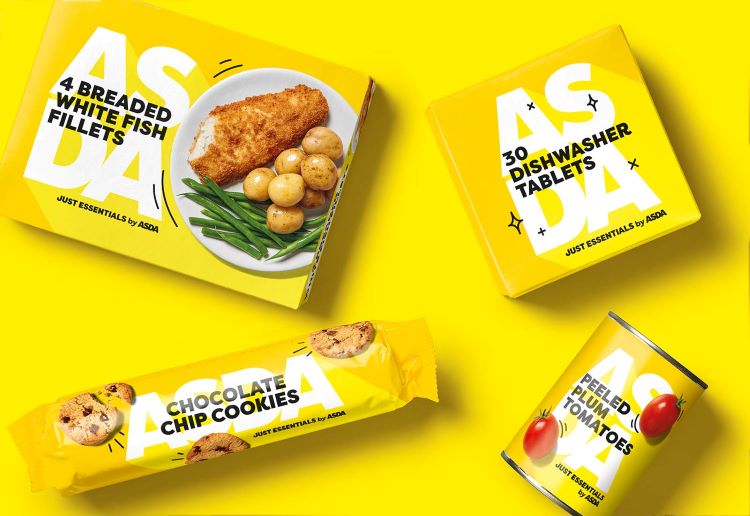 Asda’s Just Essentials backlash a “storm in a yellow teacup”

Our Creative has crafted the visual language and a new name for Asda’s value range, Just Essentials, with the aim of making it “positive and distinctive”.

Previously, Asda had two value ranges – Smart Price and Farm Stores – which will now be merged under the Just Essentials brand. Our Creative co-owner and managing director Kim Van Elkan says that the new name is meant to “solidify the two previous brands, with bold and proud Asda ownership”.

She explains that because own brand ranges “cater to those seeking out something particular”, they should be “straightforward, honest, and truly communicating of their proposition”.

Designing the ranges in this way is meant to “make shopping easy for customers”, Van Elkan adds. This is why Our Creative opted for a “joyful and optimistic” yellow, which would stand out across the store, she says.

Just Essentials is also meant to standout against other supermarket brands by “not following the usual bland, white graphical conventions that so many competitors use”, says Van Elkan.

Despite some backlash from the press and on social media suggesting that the new look is patronising as it draws attention to customers struggling financially, Van Elkan says she feels it is just “a storm in a yellow tea cup”. She adds that Asda’s feedback to Our Creative is that customers are “loving the range”.

“There have been lots of positive comments from customers saying that they like the new yellow packaging and that it makes it easy to find budget busting products,” says Van Elkan. She believes that the negative comments will die down when people “change their mindsets”, adding that “nobody should be shaming anybody due to their choice of product in a store.”

Democratising value ranges is common, particularly in hard times such as the 2012 double dip recession when design consultancies were engaged by many major UK supermarkets.